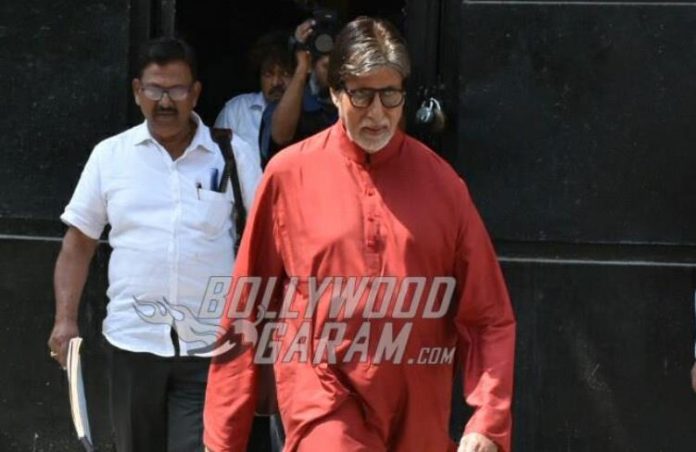 Bollywood superstar Amitabh Bachchan has a habit of keeping his fans updated through his social media accounts. The Bunty Aur Babli actor on February 27, 2021 shared a few details about his health during the weekend and revealed that he had to undergo a surgery for a medical condition.

Mr. Bachchan also wrote that he cannot reveal much about his health. The actor wrote, “Medical condition… surgery… can’t write.” Soon after the message was posted, wishes started to pour in from his fans and well-wishers.

Reports from a leading daily claimed that the 78 year old actor underwent an eye surgery on February 27, 2021 at the Vission Eye Centre in Juhu area in Mumbai. It was added that it was a two hour long procedure that was conducted by Dr. Himanshu Mehta.

More reports said that the actor went to the medical facility at 10 am and was accompanied by his wife Jaya Bachchan and daughter Shweta Nanda. After the surgery in the morning, the actor was discharged and allowed to go back home by afternoon. It was last year when Mr. Bachchan had contracted coronavirus and was admitted in the hospital. On the work front, the actor has been shooting for the upcoming film Mayday, which is a directorial by Ajay Devgn.