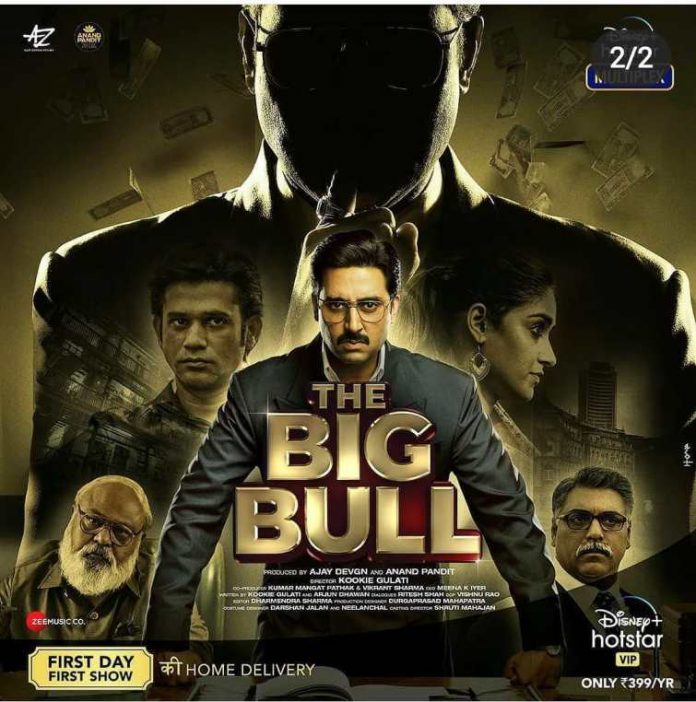 Abhishek Bachchan, who plays the lead role remains in the centre of the trailer throughout. The trailer begins with Abhishek, who knows the deepest trade secrets of the stock market and wishes to take the Bombay Stock Exchange to new heights. But the trade has a few people who are jealous of him and cannot see him progress.

Director Kookie Gulatin talked about how his team worked hard to bring back the 80s and the 90s feel in the flick for the audience. The film is produced by Ajay Devgn and Anand Pandit and will also see Ram Kapoor, Sumit Vats, Lekha Tripathi and Nikita Dutta playing important roles.

The Big Bull will be released on the OTT platform Disney+ Hotstar on April 8, 2021. The story of the film is based on the stockbroker Harshad Mehta, who has been involved in financial crimes in the span of ten years. Due to the pandemic, the makers of the film decided to release the film on an OTT platform.