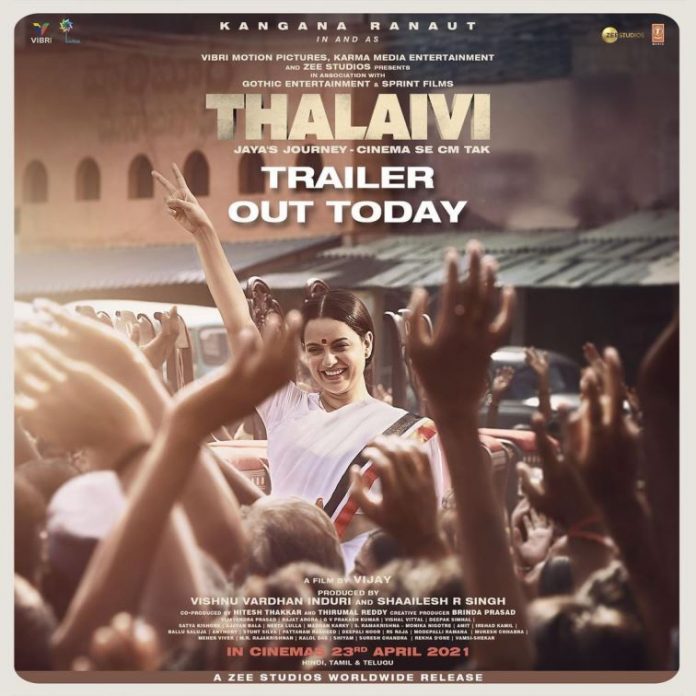 The much awaited official trailer of the upcoming film Thalaivi has been released. Lead actress Kangana Ranaut launched the trailer on her birthday on March 23, 2021. Kangana released the trailer on her 34th birthday and will be seen playing the role of the former chief Minister of the state of Tamil Nadu Jaya Lalitha.

Going by the trailer, it has shown how Jaya had started off her career as an actress and went on to become a successful politician as she went through a number of hardships. It has also shown how the politician fought to gain her position in the society.

The trailer has also shown Arvind Swami who plays the role of MGR and has been shown as the person who has inspired the actress to become a politician. Kangana is seen performing as Jaya the actress. The actress has undergone a massive physical transformation for her role as Jaya Lalitha. Reports say that the actress gained 20 kgs to play some of the older portions of the leader’s life and then lost weight to play the rest of the portions.

She was also trained in classical dance for a song in the film where she will be seen accompanied by a huge number of background dancers. Thalaivi is all set to be released in theatres on April 23, 2021.