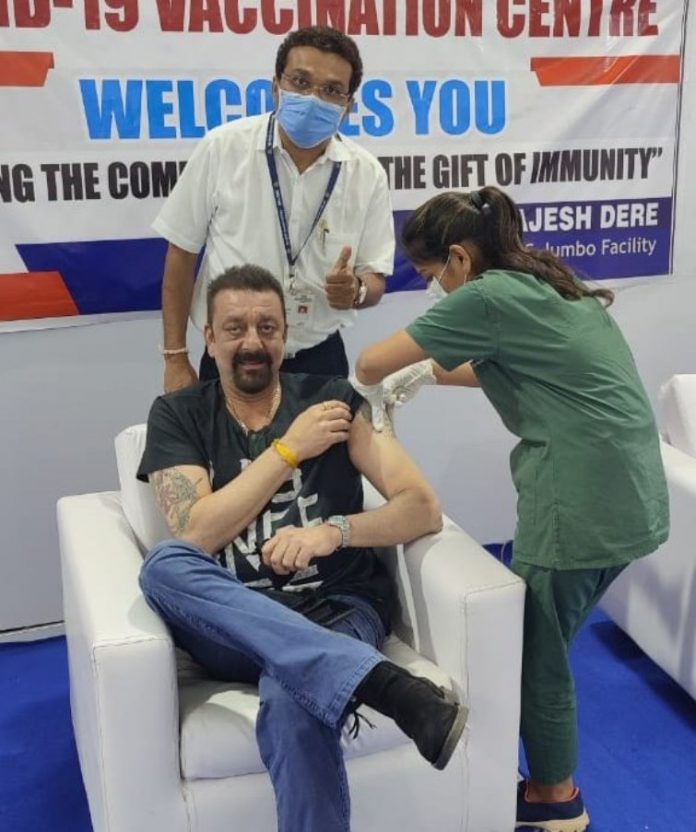 Bollywood actor Sanjay Dutt has joined the list of celebrities who have received the first shot of the coronavirus vaccine. Some of the celebrities like Rakesh Roshan, Saif Ali Khan, Hema Malini, Johnny Lever and Satish Shah have taken their first shot of the coronavirus vaccine. Sanjay Dutt took his social media account to share a picture that has shown him receiving the shot.

The Munna Bhai MBBS actor was seen smiling as a nurse was seen administering the vaccine. Through his post he also congratulated a doctor and his team for running the campaign.

On the work front, Sanjay was last seen in the film Kalank that was released in 2019. The actor has a number of films lined up for him. One of the major projects include Shamshera which also stars Ranbir Kapoor and Vaani Kapoor. The film will be produced by Yash Raj Films and will be helmed by Karan Malhotra.

Sanjay Dutt will also be seen in the film Bhuj: The Pride of India , Toolsidas Junior and a Kannad film KFG Chapter 2. The actor has also signed on the dotted lines for an upcoming historical flick Prithviraj which has Manushi Chhillar and Akshay Kumar in the lead role. He was also seen in the films Sadak 2 that was released on Disney+Hotstar and Torbaaz that was released on Netflix.