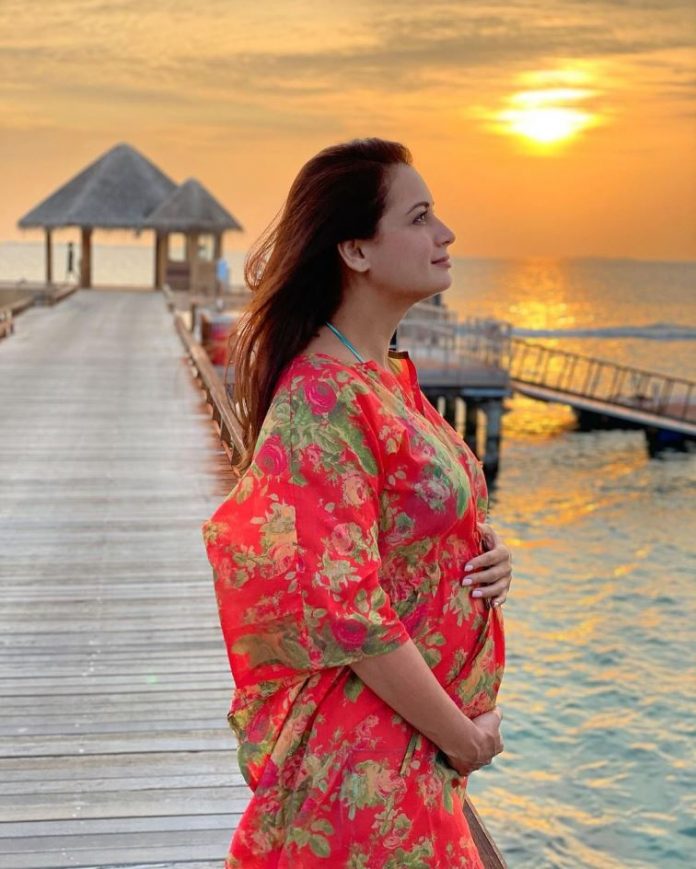 The picture that was posted had shown Dia in a pretty floral kaftan outfit as she posed with her baby bump. The photo was clocked by Vaibhav and Dia wrote a heart-felt caption to it.

Dia was earlier married to Sahil Sangha but the couple parted ways after five years of marriage. Vaibhav was also earlier married to wellness therapist Sunaina Rekhi and together they have a daughter Samaira. The daughter has also accompanied Vaibhav and Dia on their honeymoon.

Dia made her debut with the film Rehna Hai Tere Dil Mein which also starred R Madhavan, but the film could not do well at the box office. Later the actress went on to appear on some of the films like Deewanapan, Dum, Parineeta, Dus, Lage Raho Munna Bhai and Sanju. Dia Mirza had played the role of Manyata Dutt in the film Sanju which turned out to be one of the highest grossing Indian films. She also appeared on the web series Kaafir for which she was awarded the Dadasaheb Phalke International film Festival Award in 2020.