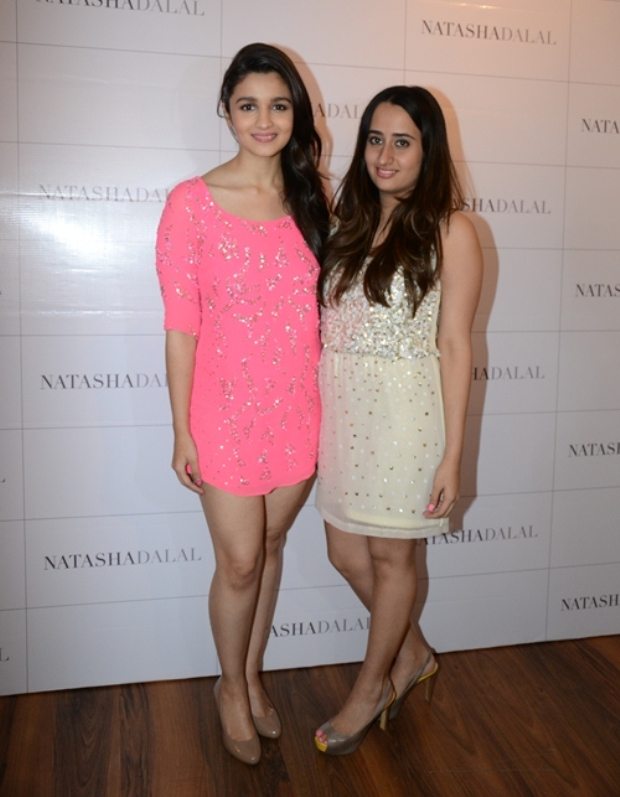 The ‘Student Of The Year’ actress was seen wearing a dress – designed by Natasha – at the event. While talking to the media about Natasha’s line, Bhatt said that the range understands exactly what the young generation is looking for and that her outfits are always chic, affordable and also easy to wear. Bhatt and Lamba walked around Ave 29 and browsed through the Fall Winter Collection 2013.