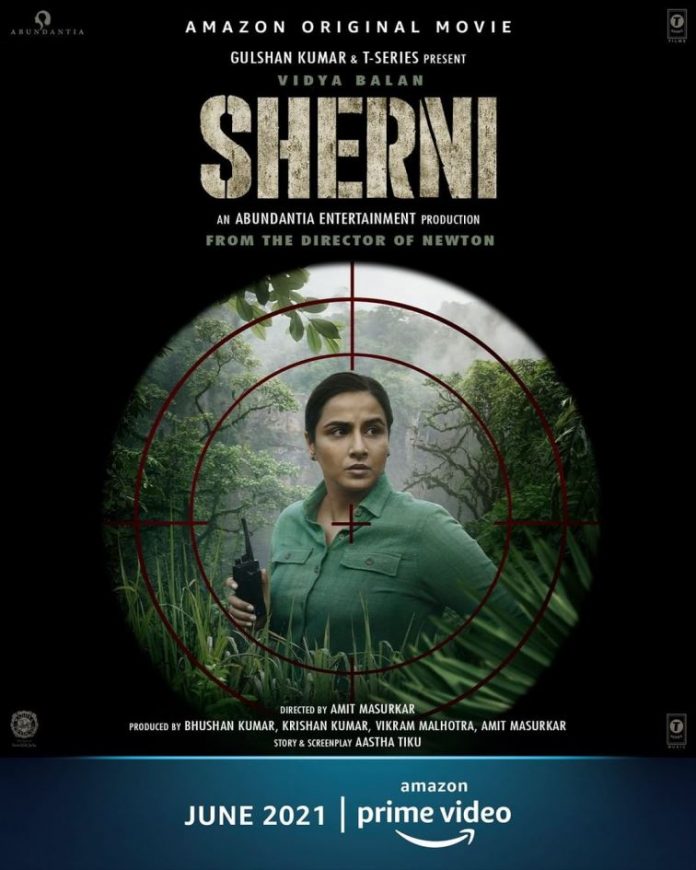 Upcoming film Sherni starring Vidya Balan is all set to be released on the popular OTT Platform Amazon Prime Video in the month of June, 2021. Vidya will be seen playing the role of a forest officer and is helmed by Amit Masurkar. The official announcement was made by the streaming platform on May 17, 2021.

Amit Masurkar has earlier directed the films like Newton which stared Rajkummar Rao. The story of Sherni is about the forest officer who struggles while finding balance in a world of a conflict between man and animal. The upcoming flick is produced by T-Series and Abundantia Entertainment.

The makers of the film also released a poster of the film which shows Vidya in her character of a forest officer wearing a green shirt as she can be seen through a lens view. The team has returned after the success of the film Shakuntala Devi which was a biopic on the popular mathematician with the same name. She was known as the Human Computer for her abilities to make numerous calculations without any help.

Vijay Subramaniam , the director and head of content at Amazon Prime Video India assured that Sherni will not just entertain the audience but will also give them an experience of adventure at the comfort of their homes.