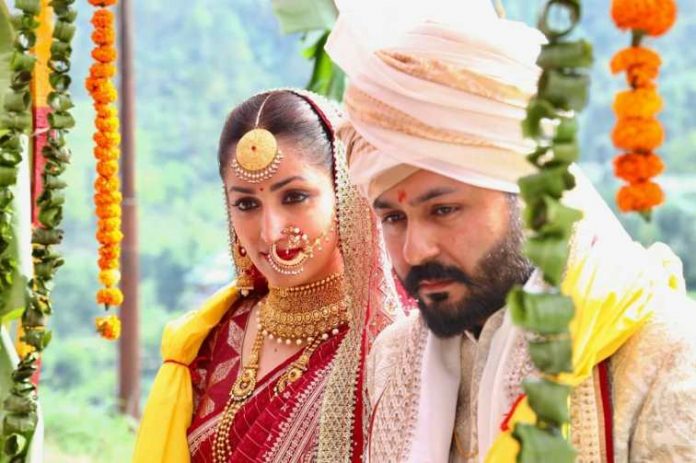 Indian actress Yami Gautam surprised her fans when she announced about her wedding to Aditya Dhar. The couple got married in a small ceremony in presence of immediate family members. Yami shared pictures from her wedding ceremony on her Instagram account.

People who do not know about Aditya, he is a writer and a director and has directed films like URI, Kabul Express, One Two Three and Daddy Cool. Yami had shared some adorable pictures from her wedding ceremony. The actress looked stunning in a yellow outfit from her Haldi ceremony while another picture showed her dressed in a pretty red sari with elaborate jewellery.

Yami revealed about her wedding on June 4, 2021 and said that they got married in an intimate wedding ceremony. On the work front, the actress recently started shooting for the upcoming film Dasvi, that is produced by Dinesh Vijan.

She is also expected to be seen in the upcoming thriller flick A Thursday by Behzad Khamtatas. The actress will be seen playing the role of a school teacher who takes 16 children as hostages. Yami also has a number of brand endorsements including Samsung Mobile, Revlon Cornetto and others. She was last seen in the film Ginny Weds Sunny that was released on Netflix.