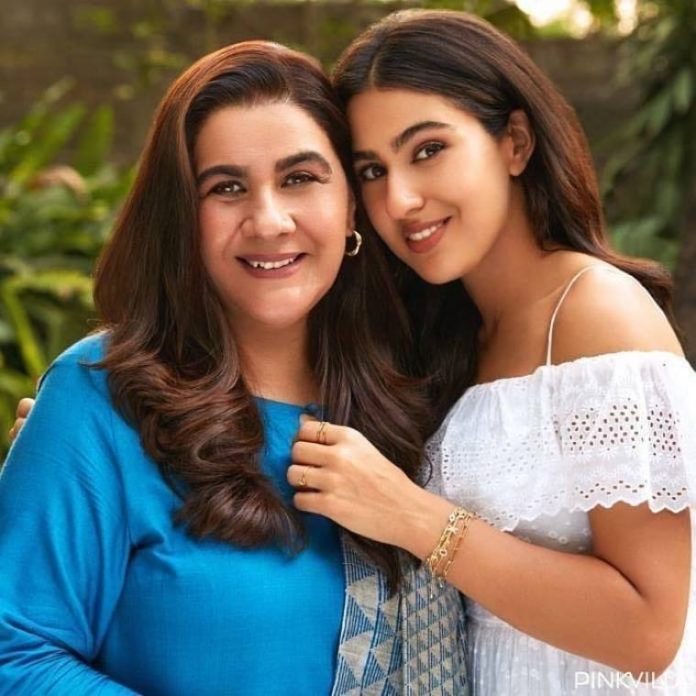 Indian actress Sara Ali Khan is one of the fresh faces of Bollywood and is the daughter of Amrita Singh and Saif Ali Khan. The actress made her debut with the film Kedarnath opposite Sushant Singh Rajput. Sara Ali Khan is now all set to work on a project with mother Amrita Singh. The mother and daughter duo will be seen sharing the screen space for the first time for a hair care brand endorsement.

Sara had recently shared a picture of herself with mother Amrita as she was seen pampering her daughter. The commercial is expected to be released soon and the fans cannot wait to see the two on screen together.

On the work front Sara was last seen in the film Coolie No. 1 which also starred Varun Dhawan. She is currently working in the upcoming film Atrangi Re which also stars Dhanush, Akshay Kumar and Zeeshan Ayyub. The film is expected to be released in August 2021.

Even Amrita has been active professionally and was seen in the film Badla in 2019. She had played the role of Rani Kaur. She was nominated for the Best Supporting Actress Award for Screen Awards for the film Badla. In 2017 she was also seen playing the role of a principal in the film Hindi Medium.