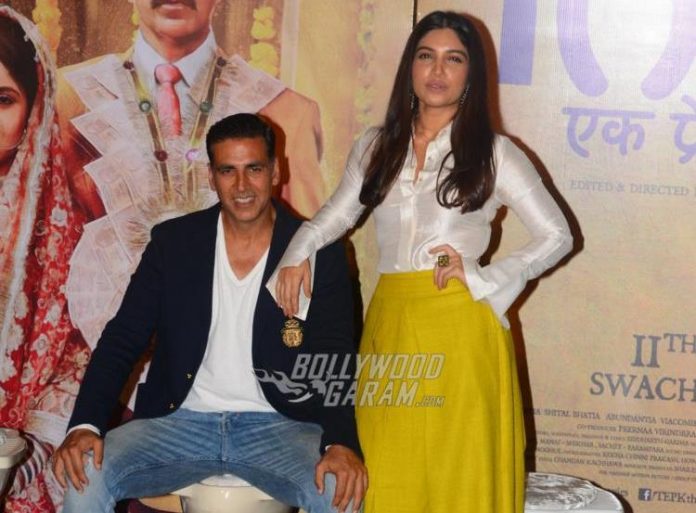 Bollywood stars Akshay Kumar and Bhumi Pednekar were seen together in the film Toilet: Ek Prem Katha that was released in 2017.Once again the duo will be seen back together for an upcoming Anand L Rai film Raksha Bandhan.

The announcement was made by Akshay by posting a picture on his Instagram account that showed Anand L Rai, Akshay and Bhumi enjoying the beautiful weather. The same picture was also shared by Bhumi on her Instagram account.

The actress also expressed her gratitude to be a part of the film. Raksha Bandhan was announced by Akshay Kumar during the festival with the same name in 2020. The actor had shared a picture in which he was seen four girls, who will possibly playing his sisters in the flick. Akshay also dedicated the film to his sister Alka Bhatia.

The upcoming film is written by Himanshu Sharma and as the name suggests it is certainly going to be based on the bond of a brother and sister. The makers of the film are yet to announced the rest of the cast members. Akshay Kumar was last seen in the film Laxmii that had an OTT release and is also looking forward to the release of the films like Sooryavanshi, Bell Bottom, Atrangi Re and others.