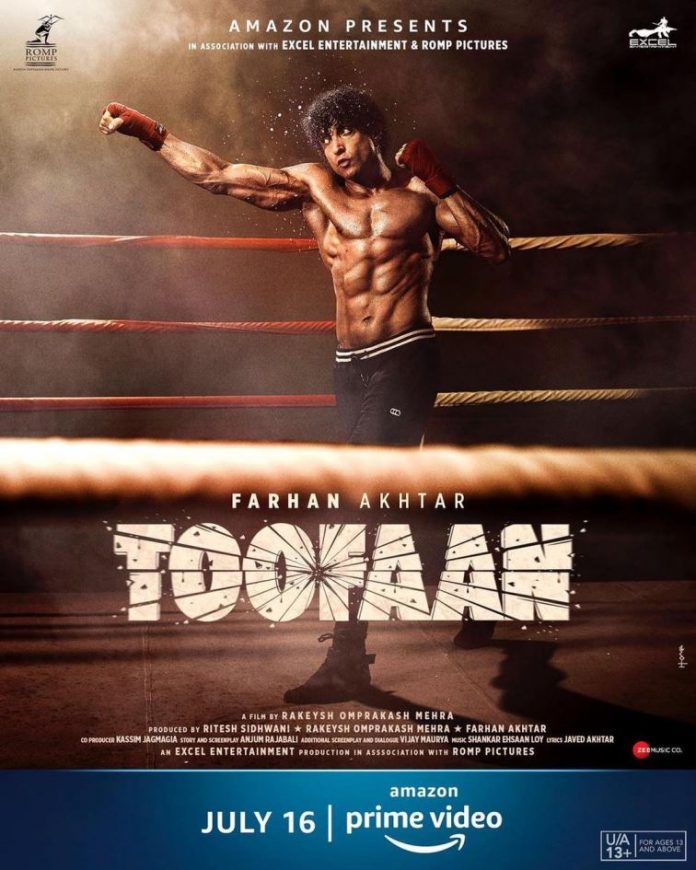 Toofaan is an upcoming sports drama flick directed by Rakeysh Omprakash Mehra and has Farhan Akhtar in the lead role. The film was earlier expected to be released on May 21, 2021 but was delayed due to the second wave of the deadly coronavirus pandemic. Farhan Akhtar has now announced a new release date. Toofaan will be having an OTT release on Amazon Prime Video on July 16, 2021.

In the month of May, Farhan had said that he is focusing on helping the community during the testing times and will be postponing the release of the film. The statement had mentioned that the situation in India was heartbreaking and they are currently focusing on supporting their employees and their families. The makers had then announced that they would postpone the release of Toofaan indefinitely.

Farhan in the film will be seen playing the role of a national-level boxer. The film also stars Paresh Rawal, Mrunal Thakur, Supriya Pathak Pakur and Hussain Dalal. The makers of the film had earlier revealed that the film is about a story of a goon from Dongri and is set against the backdrop of boxing.

Due to the pandemic, a number of Bollywood films were released on the OTT platforms as the theatres were shut indefinitely as per the government guidelines.