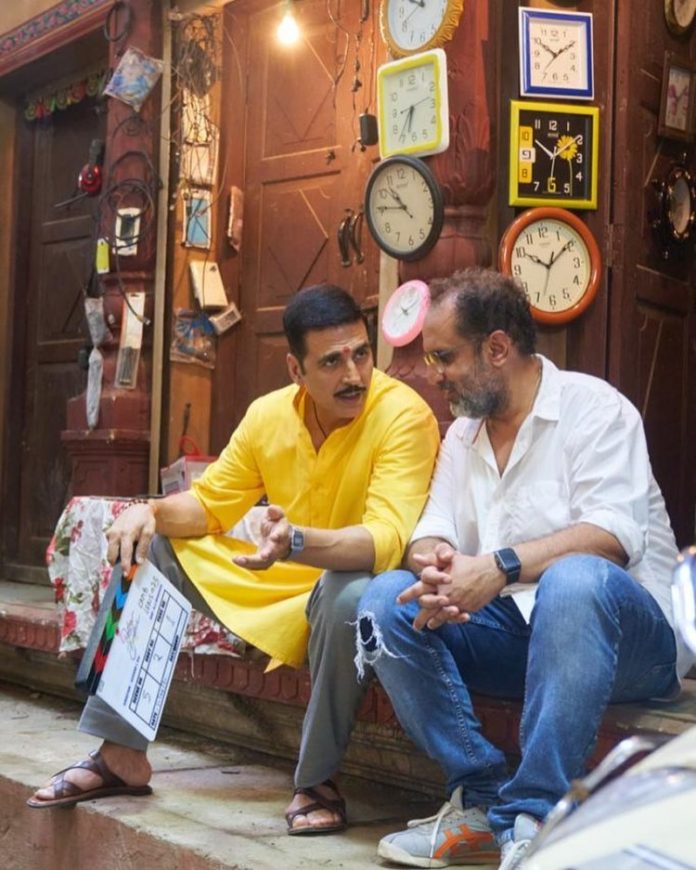 Akshay Kumar has started shooting for the upcoming film Raksha Bandhan that he has dedicated to his sister Alka Bhatia. The film also star Bhumi Pednekar along with a few new faces including Sahejmeen Kaur, Sadia Khateeb, Deepika Khanna and Smriti Srikanth. Raksha Bandhan is directed by Aanand L Rai and going by the title it will be based on the bond between a brother and a sister.

Akshay while talking about his sister Alka said that while growing up she was his friend which was the most effortless relationship. The actor added that the film is dedicated to his sister and will celebrate his special bond with Alka.

The 53 year old also shared a picture from the first day of the shoot. The story of the film is penned down by Himanshu Sharma and Kanika Dhillon. The film is presented by Zee Studios in association with Alka Hiranandani and Aanand. Akshay was last seen in the film Laxmii in which he was seen playing the role of a transgender woman.

He also has a few films lined up including Atrangi Re, Sooryavanshi, Bell Bottom, Bachchan Pandey, Ram Setu and Prithviraj. Raksha Bandhan was expected to be released in theatres by November 2021, but due to the coronavirus pandemic, the shoot was delayed and the makers are yet to announce a new release date.