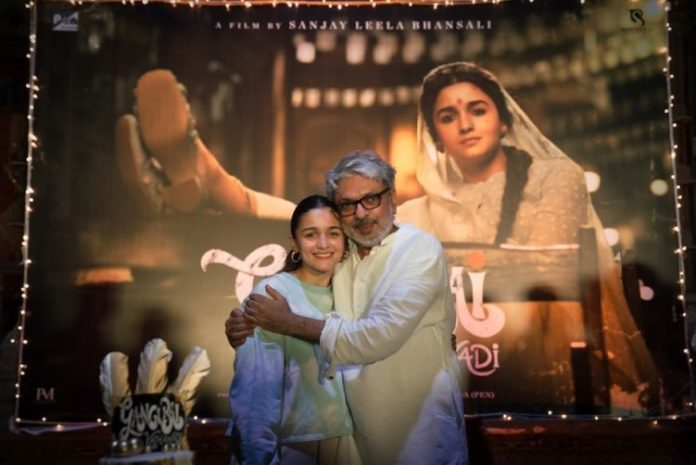 The makers of the much awaited film Gangubai Kathiawadi have managed to complete the shoot despite the hindrances due to the coronavirus pandemic. Alia Bhatt will be seen playing the lead role and also shared about the wrap through her social media account.

The shooting of the film had started off in December 2019 but then the pandemic results in lockdowns in a number of nations across the globe. The director Sanjay Leela Bhansali and Alia were down with COVID-19 during the shoot and the two cyclones also contributed to the delay.

Alia shared a few pictures from the sets that showed the entire team. Another picture showed Sanjay Bhansali and Alia busy at work. The actress thanked the director and the team for their efforts. The film is produced by Sanjay Leela Bhansali and Dr Jayantilal Gada. The makers of the film will be releasing it once the pandemic situation in the country eases.

The film is about Gangubai Kathiawadi, who is remembered as the madam of a brothel in Kamathipura. She was pushed to prostitution at an early age but later became a very influential person. A number of ferocious goons were among her clients. Alia was last seen in the film Sadak 2 which also starred Sanjay Dutt and was released on an OTT platform.