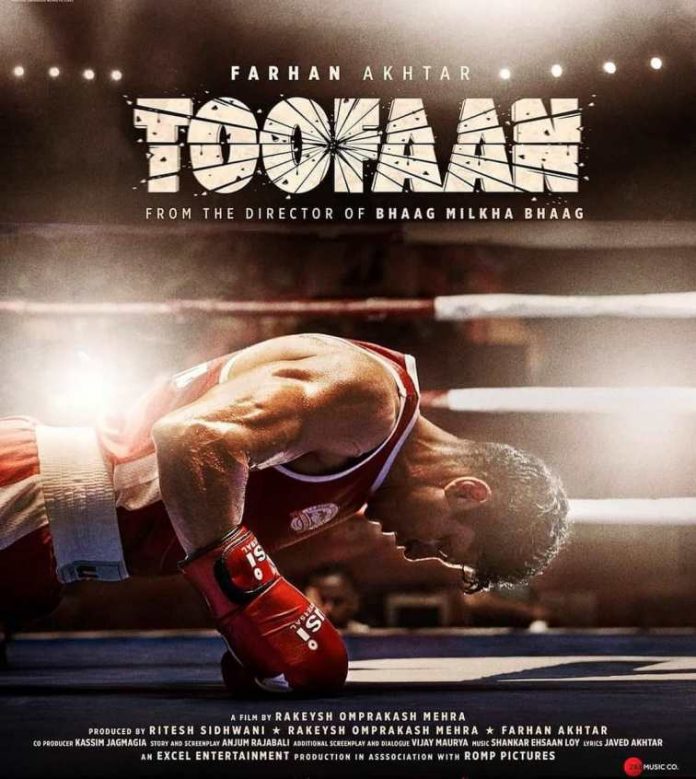 Makers of the film Toofan have dropped the much awaited official trailer. The upcoming sports drama has Farhan Akhtar playing the lead role and will be seen as a local gangster and a fighter. Aziz Ali finds his passion in boxing and found success. But soon it was found that he was a traitor and was banned from the ring for 5 years.

But then he gets a second chance to follow his dreams. The film also has Mrunal Thakur playing his love interest. Farhan will be seen playing a gangster who frequently gets in to trouble in his locality. He meets his love played by Mrunal at a clinic where he goes to get his wounds treated.

The film also has Paresh Rawal who plays the role of a coach Nana Prabhu. Nana becomes the mentor of Aziz Ali while Pooja pushes him to get trained as a boxer. This is when Aziz looks forward to learn boxing to earn people’s respect but loses the trust of his fans.

Toofan is directed by Rakeysh Omprakash Mehra and written by Anjum Rajabali. Mehra is also known for directing the films like Bhaag Milkha Bhaag with Farhan in the lead. The director in an interview talked about the film and said that it will inspire people to get out of their comfort zones.