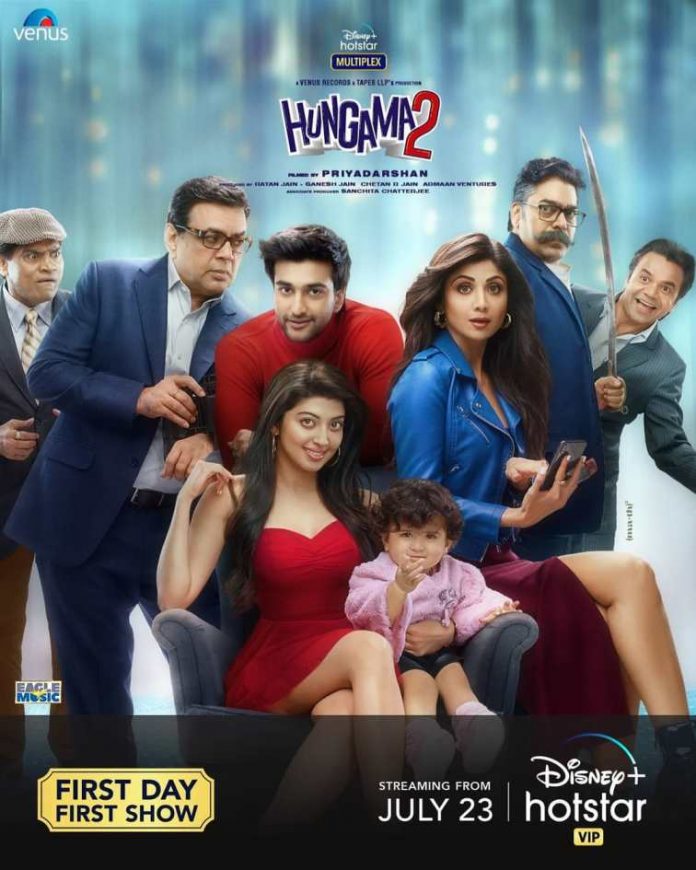 The much awaited trailer of the upcoming film Hungama 2 has been released. The film stars Johnny Lever, Meezan Jaffrey, Rajpal Yadav, Ashutosh Rana, Shilpa Shetty, Paresh Rawal and Pranitha Subhash and is the sequel to the 2003 film Hungama. The trailer has induced some excitement among the fans as it has brought some old memories back.

Moreover, the trailer has also shown the remake of the classic song ‘Churake Dil Mera’ starring Shilpa Shetty. The original song of the film starred Akshay Kumar and Shilpa. The remake has Shilpa and Meezan doing the hook step.

Shilpa Shetty will be seen on the silver screens after a long time. The makers of Hungama 2 have announced that it will get an OTT release and will premiere on Disney + Hotstar. The film is directed by Priyadarshan who had finished the shoot long back but could not release the film due to the coronavirus pandemic restrictions and lockdowns.

But now Disney+Hotstar is all set to present the comedy flick for people who have been indoors due to the pandemic. The film has Meezan who is actor Javed Jaffrey’s son. Meezan made his Bollywood debut with the film Malaal by Sanjay Leela Bhansali. The film also starred Sharmin Segal and Sonal Jha in lead roles.