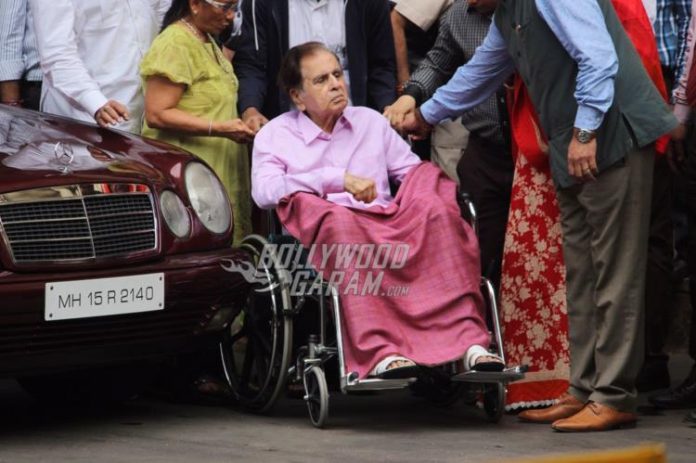 Veteran Indian actor, who was also known as the tragedy king of Bollywood Dilip Kumar, passed away at the age of 98 in Mumbai on July 7, 2021. The Mughal-e-Azam actor breathed his last at PD Hinduja Hospital where he was admitted since the past few days. Wife Saira Banu has constantly been by his side apart from other family members.

The mortal remains of the veteran star was seen being wheeled out of the hospital and was taken to the actor’s residence. The official Twitter handle of Dilip Kumar was handled by a family friend Faisal Farooqui .

Dilip Kumar has made a mark in the world of cinema by his charm and for his contribution with his skill. Some of the noteworthy films of the actor include Tarana, Azaad, Naya Daur, Mughal-e-Azam, Gunga Jamuna, Leader, Ram Aur Shyam, Saudagar and Kanoon Apna Apna.

He was last seen in the film Qila in which he played the role of Judge Amarnath Singh in the year 1998. Dilip Kumar got married to Saira Banu, who was 22 years younger to him. He them also married Asma Sahiba, a socialite from Hyderabad. However, their marriage ended in just two years. Saira Banu and Dilip Kumar do not have any children. The actress had conceived in the year 1972 but due to complications in the pregnancy, the baby had to be terminated. Later they decided not to try for a child saying that it was God’s will.