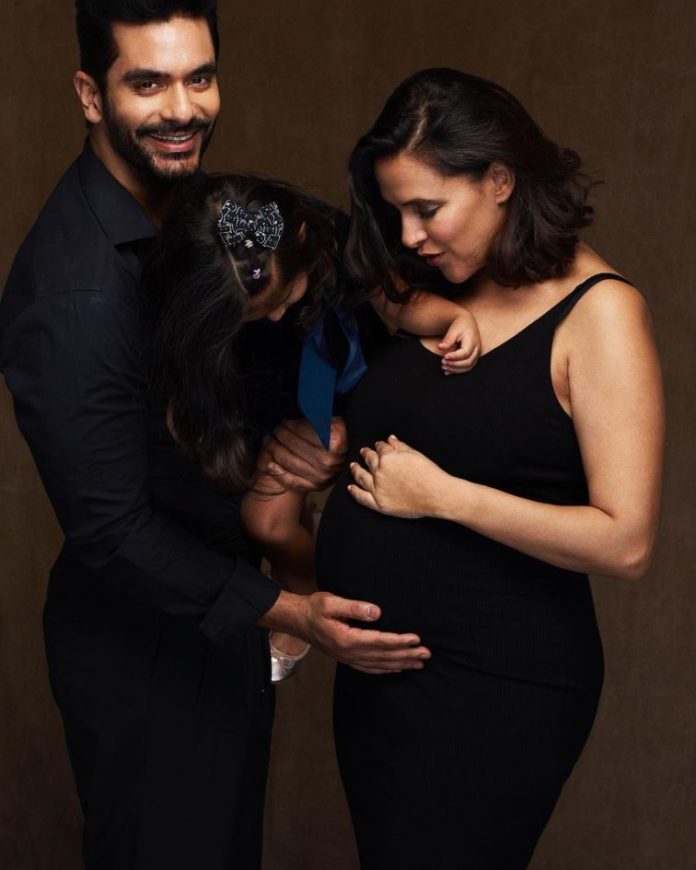 Bollywood couple, Neha Dhupia and Angad Bedi has announced that they are expecting their second child together. The couple is already parents to daughter Mehr who is two years old. The announcement was made with the help of an adorable picture that was shared by the actress on her Instagram account.

The picture posted saw Neha in a black bodycon dress that showed off her baby bump. Angad was seen holding Mehr as she drops to have a look at the baby bump. Angad Bedi shared the same picture and called it as their second home production. Friends and family flooded the post with congratulatory messages.

Neha and Angad secretly got married on a private wedding ceremony in May, 2018. The couple gave a surprise to their close friends after they posted a picture of their wedding.

The second child of the couple is expected to be delivered by the end of 2021. On the work front the actress was seen in the film Helicopter Eela in which she played the role of Lisa Marine. The film has Kajol Devgn in the lead role. She is currently filming for the upcoming film A Thursday and Sanak, which stars Vidyut Jammwal and Rukmini Maitra. Neha has also appeared as the gang leader in the popular TV show MTV Roadies.