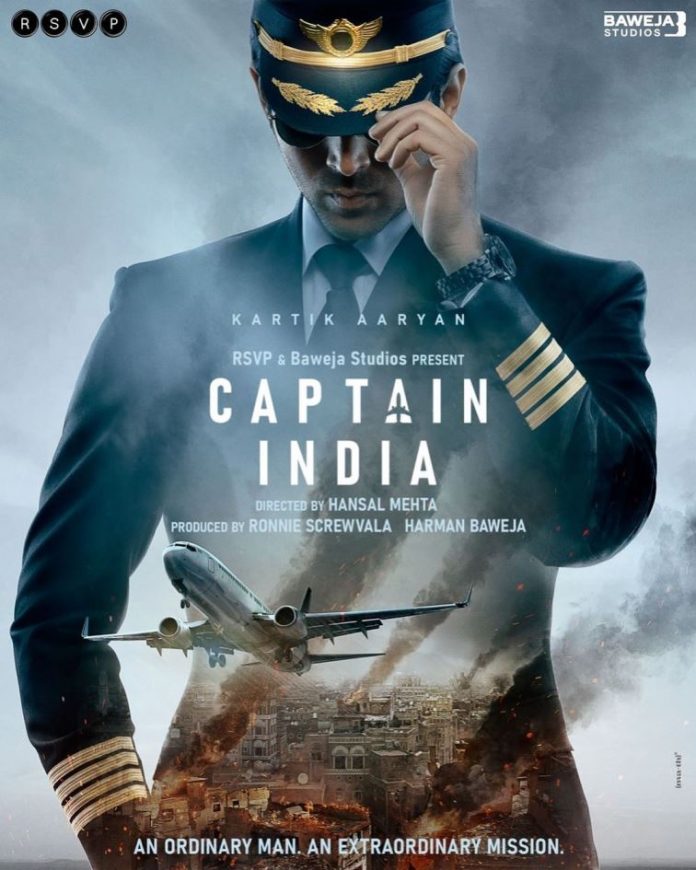 Indian actor Kartik Aaryan has been in news in recent times as he was ousted from a number of projects in Bollywood due to unclear reasons or alleged creative differences. But now he is all set to feature in the upcoming film that will be helmed by Hansal Mehta. The makers of the film Captain India have launched the first poster of the film which has shown Kartik as a pilot.

Captain India is produced by Baweja Studios and RSVP and is expected to be about one of the most successful rescue operations in Indian history. Kartik in the first look is seen dressed as a pilot as his face remains hidden under the cap.

Kartik while talking about the film said that the story is inspiring and thrilling and that he is honored to be a part of it. The actor also talked high about Hansal Mehta and his work and calls it as the perfect opportunity to collaborate with him.

Mehta while talking about the project said that the story of the film is inspired from true events. The director added that he is happy to collaborate with Harman Baweja and Ronnie Screwvala and is looking forward to work with Kartik. The actor is also looking forward for the upcoming film Bhool Bhulaiya 2 and the Netflix film Dhamaka.