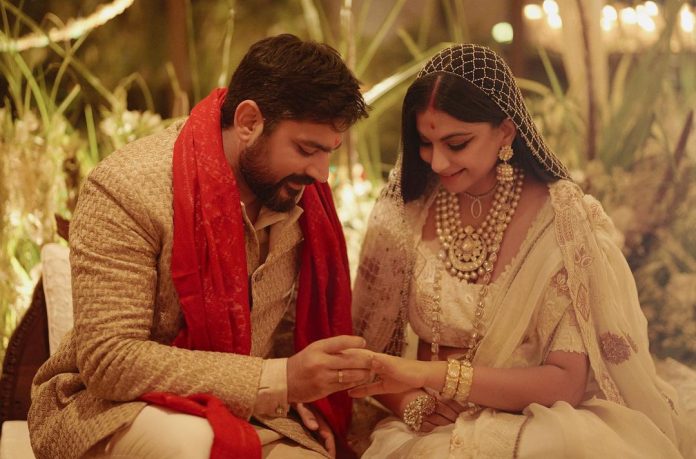 The caption said that despite being with her partner for 12 years, she was still nervous and overwhelmed. Rhea is the daughter of the veteran actor Anil Kapoor and Sunita Kapoor, who is a Jewellery designer. She has been a producer for a number of Bollywood films including Khoobsurat, Aisha, Veere Di Wedding and all three had starred Sonam Kapoor.

Together they also own the brand Rheson that was launched in 2017. Talking about Karan Boolani, was an assistant director with Rhea Kapoor for the 2010 film Aisha that starred Sonam Kapoor in the lead role. The film had marked her debut as a producer.

Karan has also been pictured with the Kapoor family on a number of occasions including close family functions. Rhea has been a private person and had never talked about her private life in open. She is known for her fashion choices and has been the stylish for sister Sonam in a number of films.