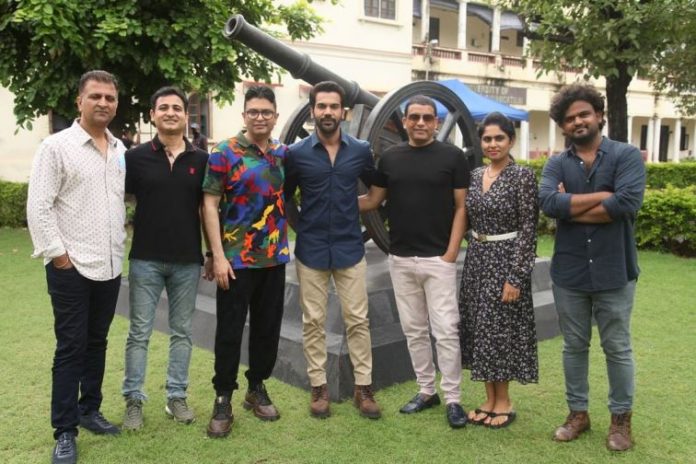 While Bollywood continues to take inspiration from the south film industry, actor Rajkummar Rao is all set to start working on the upcoming Hindi remake of the Telugu thriller HIT that was released in 2020. The Telugu film was helmed and written by Sailesh Kolanu, who will also be responsible for the Hindi version as well.

The announcement was made on the official social media handle of T-Series. Vishwak Sen played the lead in the original film which was about an officer from the Homicide Intervention Team (HIT), who is on a mission to rescue a woman who is missing. But during the process the officer suffers from panic attacks.

The film also has Sanya Malhotra playing the female lead. Rajkummar and Sanya were earlier seen in the film Ludo, but had not shared the screen space. This time they will be seen sharing the screen space.

The makers of the film also shared the first day of the shoot that began with few rituals. The Hindi version will be produced by Bhushan Kumar, Krishan Kumar, Dil Raju and Kuldeep Rathore. HIT was released on Amazon Prime Video and had received mixed reactions from the audience. With talented actors like Rajkummar and Sanya, the expectations of the audience are high. Rajkummar was last seen in the film Roohi while Sanya was last seen in the Netflix Film Pagglait.