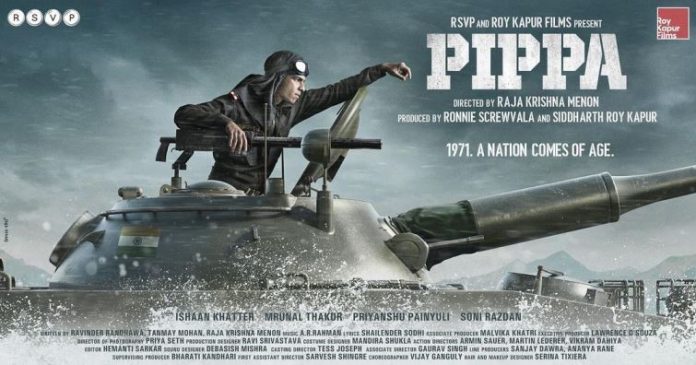 Indian actor Ishaan Khatter, who has constantly proved his acting skills by doing different films, is now all set to be seen in an upcoming war film Pippa. The official announcement was made through an Instagram post that showed a poster on September 10, 2021. Ishaan will be seen playing the role of Brigadier Balram Singh Mehta.

The Beyond the Clouds actor expressed that it was an honour to step in to the shoes of Brigadier Balram Singh Mehta, who is a 1971 war hero. He had written the book The Burning Chaffees and the film is based on the book.

The film is directed by Raja Krishna Menon and produced by Siddharth Roy Kapur and Ronnie Screwvala. Ishaan will be seen playing the lead role while the music of the film has been composed by the Academy award winner A.R.Rahman.

The cast and crew have started filming for the film and the real life star Brigadier Mehta was invited to give the inaugural clap as the shoot began. The film also stars Priyanshu Painyuli, Mrunal Thakur and Soni Razdan. The cast and crew were happy for a positive start with Brigadier Mehta giving the inaugural clap for the film and hope that things go as planned and becomes a success. The makers are yet to zero on a release date for Pippa.