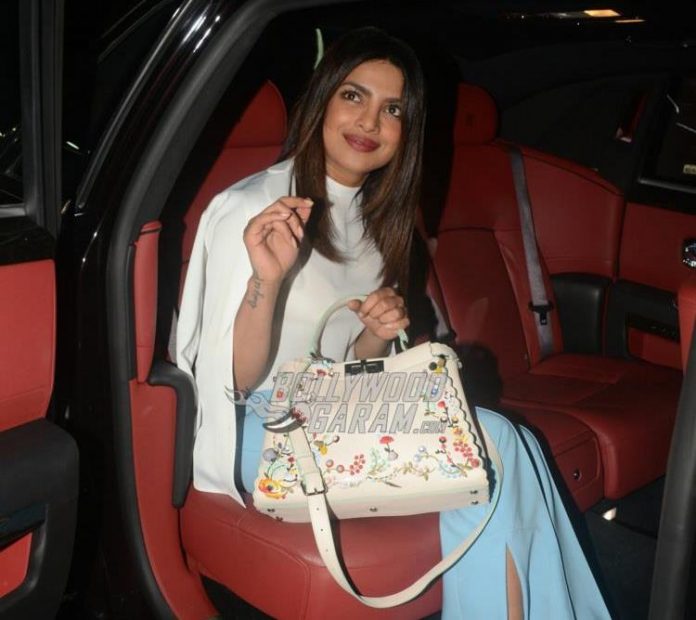 American singer and song writer Nick Jonas celebrated his 29th birthday on September 16, 2021. Wife Priyanka Chopra made sure to be with her husband on his birthday and travelled from London to Los Angeles. Nick and Priyanka have their individual careers and have always been supportive of each other. There are often moments when they have to remain away from each other on a number of occasions but make sure to make each other feel special every now and then. Nick’s birthday was one of the opportunities that Priyanka managed to grab.

The Mary Kom actress shared a picture with husband Nick on social media while wishing him the best. The picture showed the lovely lady in a lemon yellow outfit while Nick was seen in a casual black pullover with black track pants as he planted a kiss on Priyanka’s cheek.

The actress was recently seen cheering for Nick at the Utah concert and was seen having a great time dancing and enjoying back stage. On the work front, Priyanka Chopra has a number of projects in the pipeline and includes the series Citadel for Amazon Prime Video and The Matrix Resurrections by Keanu Reeves.

She also has a couple of projects in Bollywood including Jee Le Zaraa that also stars Alia Bhatt and Katrina Kaif. The film will be directed by Farhan Akhtar.