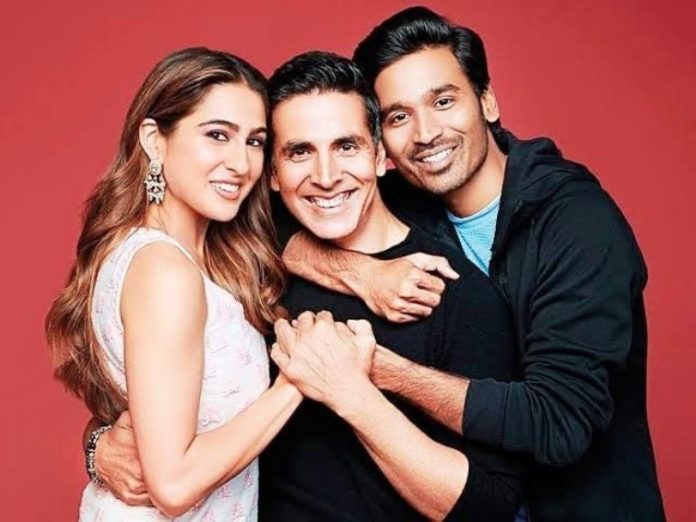 Akshay Kumar, Dhanush and Sara Ali Khan starrer Atrangi Re is one of the most awaited films in Bollywood. The COVID-19 pandemic has affected the release of a number of films that made it to the OTT platforms instead of the theatres. Now the makers of the film have opined that Atrangi Re will also have an OTT release instead of a theatrical one.

The shoot of the film is almost complete and many are wondering as to why there is no update on the film. Akshay Kumar during an interview with a lading daily has said that the film could have an OTT release. The Khiladi star while talking about the film added that the film has an amazing subject and a story line.

The film is directed by Aanand L Rai and is a musical romantic drama produced by T-series, Color Yellow Production and Cape of Good Films. Atrangi Re was expected to be released on February 14, 2021 in theatres but was delayed due to the post-production delays due to the COVID-19 pandemic.