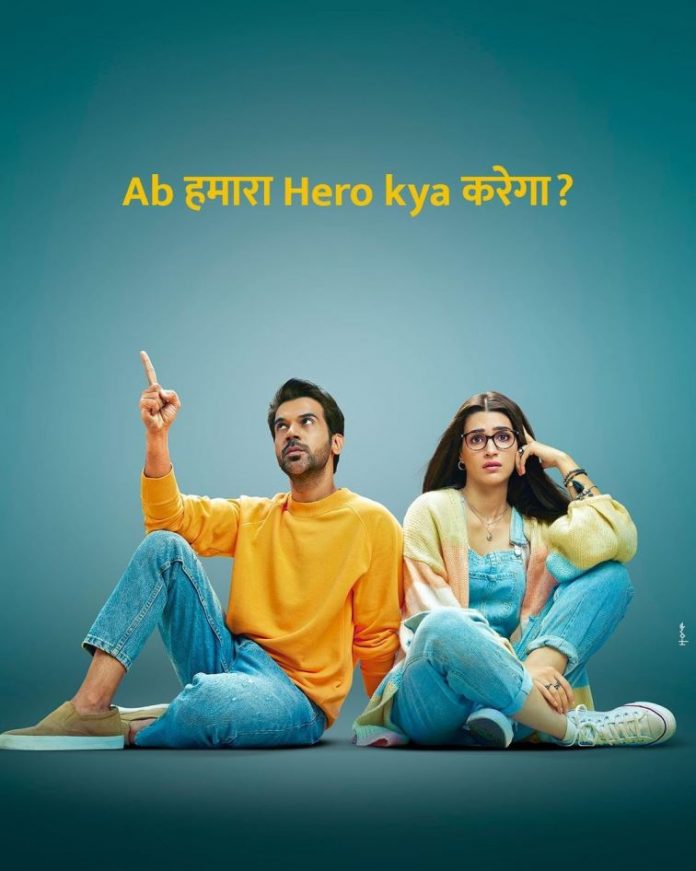 Indian actors Kriti Sanon and Rajkummar Rao are all set to be seen together in an upcoming project. The actors have shared a new poster that has shown the two in a fresh look. The poster remains mysterious and it is also not clear if it is for a new film or a commercial.

Not matter what the project is, the audience is indeed excited and had earlier shared a great chemistry in the film Bareilly Ki Barfi. The duo has got together again and has left the audience excited. The poster that has been shared by the actors has shown them sitting on the floor. Kriti is seen in a dungaree with a sweater and nerdy glasses while giving a confused expression. While Rajkummar is seen in a sweatshirt and a pair of denims as he points on something while looking angry.

The poster has the tagline ‘Ab hamara hero kya karega?’ (What will our hero do now?). On the other hand, the actors will be seen in the upcoming film Hum Do Hamare Do which is directed by Abhishek Jain, a Gujarati filmmaker. Dinesh Vijan has donned the hat of the producer.

The film also has Ratna Pathak Shah and Paresh Rawal playing important roles and will be released on the popular OTT platform Disney+Hotstar.