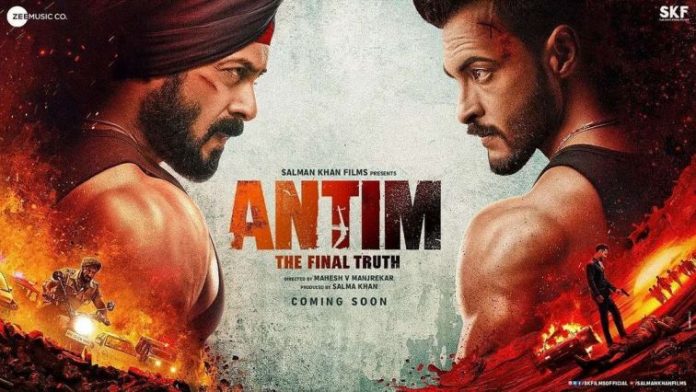 The motion poster of the upcoming film Antim: The Final Truth has been launched by Salman Khan Films. The upcoming action drama is a story featuring Salman Khan and Aayush Sharma. One of them will be seen playing a cop while the other will be seen playing a gangster. This will mean that the two characters will be entertaining the audience with their fierce encounters.

The story of the film will be narrating a tale of a gangster who wishes to rise against a cop who will be seen plotting against him. While sharing the motion poster of the film, the makers have announced that it will be released in theatres across the globe on November 26, 2021.

The action thriller is directed by Sanjay Manjrekar and is produced by Salman Khan under the banner Salman Khan Films. The film is inspired by the 2018 Marathi flick Mulshi Pattern and also stars Pragya Jaiswal, Mahima Makwana, Jisshu Sengupta and Nikitin Dheer.