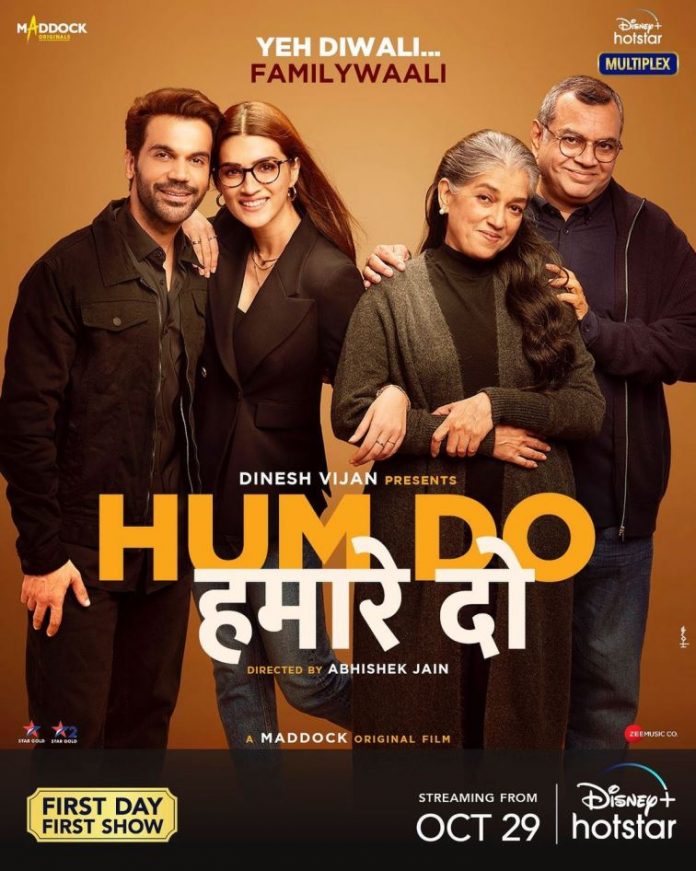 Kriti Sanon and Rajkummar Rao starrer Hum Do Hamare Do is one of the much awaited films of 2021 and is ready to be released during the Diwali season. The film will be getting an OTT release on Disney+Hotstar on October 29, 2021. As the release date fast approaches, the lead actors are out for promotional events. The COVID-19 pandemic had stalled the public promotions of the films but now as the number of new infections has reduced significantly, filmmakers are slowly venturing out for promotional purposes.

Kriti and Rajkummar were snapped promoting the film on October 17, 2021 and looked great together. The actors looked great as they posed in traditional wear for the paparazzi.

The upcoming film is directed by Abhishek Jain and produced by Dinesh Vijan. Hum Do Hamare Do also stars Paresh Rawal, Ratna Pathak Shah, Prachi Shah, Aparshakti Khurana Manu Rishi and others. The makers of the film had earlier shared the official trailer of the film which created a curiosity among the audience.

The coronavirus pandemic forced to shut the cinema theatres and also stalled the public promotions. However, some of the filmmakers took the digital way to promote films but now it is good to see the actors back in public and interacting with the audience for film promotions.