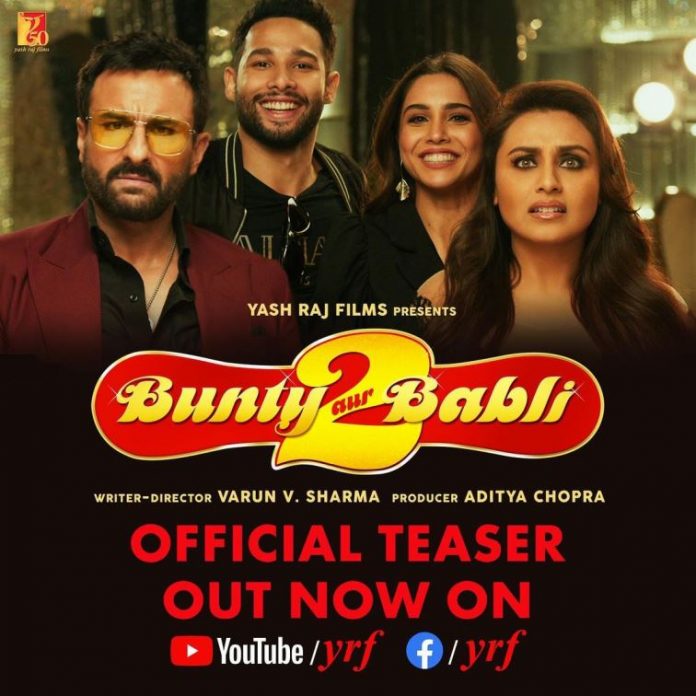 After a long wait, the fans can now catch a glimpse of the upcoming film Bunty Aur Babli 2. The makers of the film have unveiled a teaser, which has Rani Mukerji and Saif Ali Khan having a chat on the sets of the film. His is when actors Siddhant Chaturvedi and Sharvari Wagh step in but Rani and Saif are not too pleased.

The teaser begins with a friendly conversation between Saif and Rani, who talk about the fact that they are working together after nearly 12 years. Just when the two are ready for a shot, Siddhant and Sharvari step in and claim that they are Bunty and Babli. Director Varun Sharma says that Adi (Aditya Chopra) has changed the script.

Rani who is married to Chopra, asks for the producer to see her in the make-up room. While Siddhant and Sharvari look ready for the shot, the director calls off the day.

Saif and Rani have earlier worked together in the films like Hum Tum, Thoda Pyaar Thoda Magic and Tara Rum Pum. The couple’s chemistry has earlier spread magic and it will be a refreshment for the audience to see them share the screen space once again after more than a decade. Saif in an earlier interview had said that Bunty Aur Babli 2 has a fantastic script.