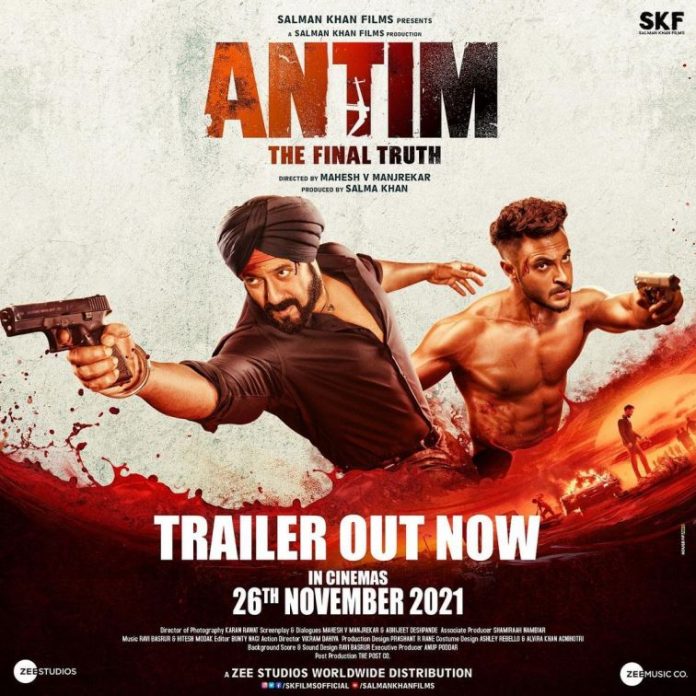 The real life family members have been pitched against each other in the film. The official trailer has given a clear idea to the audience as to what they can expect. There is action, emotions, drama and indeed entertainment in abundance.

The film also stars Mahesh Manjrekar, who has also donned the director’s hat, Mahima Makwana and Jisshu Sengupta. The trailer was launched during an event held in Mumbai on October 25, 2021 that saw Salman, Aayush and Mahesh Manjrekar in presence.

The trailer seems like another cop film by Salman Khan, but the addition of Aayush in the picture has made things even more exciting. Antim is surely going to be an entertainer and is based on the Marathi film Mulshi Pattern. On the work front, Salman was last seen in the film Dabangg 3 and is currently also filming for the film Tiger 3. Aayush was last seen in the film LoveYatri which also stars Warina Hussain.