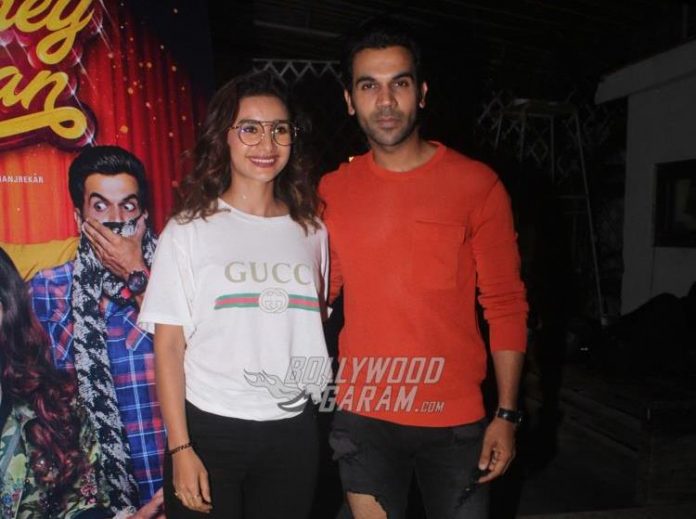 Actors Rajkummar Rao and Patralekha have been together since a long time and are now all set to get married. The couple is all set to get married in Chandigarh on November 11, 2021. The wedding ceremony is expected to be a small and intimate and will be attended by just the family members and close friends.

Only a few selected guests from the industry have been invited. Patralekha’s family has already arrived at the wedding venue while Rajkummar’s family is expected to join soon.

The couple wanted to keep the wedding a small and intimate affair due to COVID related concerns. This was the reason they invited just limited guests and opted to get married in Chandigarh.

Patralekha and Rajkummar have been together since a long time and did not make any official announcements of their wedding. Rajkummar had seen Patralekha for the first time in an advertisement and had wished about meeting her in real life. After about a month they met and sparks flew between the two. The two have been in a relationship since the past seven years and have appeared in a number of events together. Rajkummar was recently seen in the film Hum Do Hamare Do which also starred Kriti Sanon, Paresh Rawal and Ratna Pathak Shah.