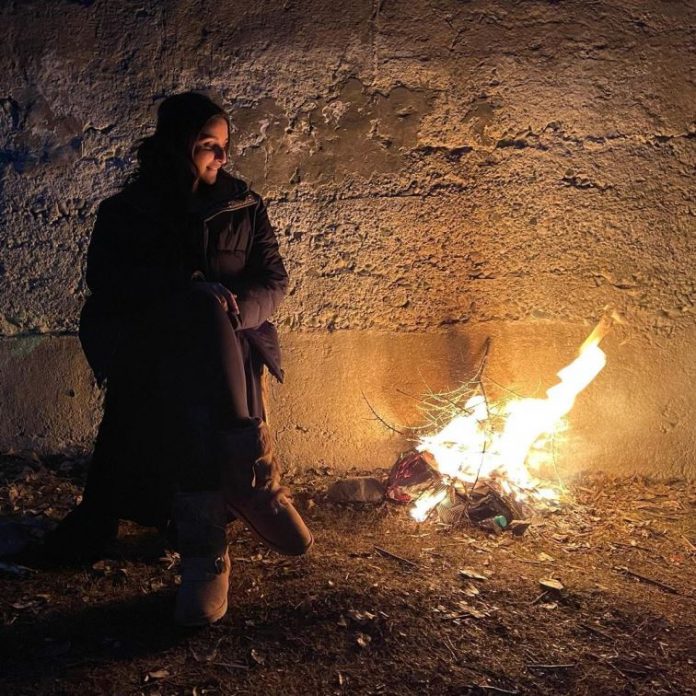 Indian actress Parineeti Chopra made her debut in Bollywood with the film Ladies Vs Ricky Bahl in 2011. Ever since then her choice of films narrated about her love for her craft. She has worked in a number of films that had interesting subjects and made the audience curious. Parineeti is currently shooting for the film Uunchai in Kargil.

The actress shares a few pictures on her Instagram account while narrating how she is braving the harsh weather conditions. Parineeti most recently shared a picture of herself as she was seen sitting by the side of a fire place to soak some warmth in a freezing temperature of as low as minus 12 degrees.

The actress was seen dressed in warm winter clothes as she sat by the side of the fire place. Parineeti has earlier too shared a few pictures from Kargil. She has been sharing a number of images and videos from the region.

The actress was earlier shooting in Nepal and later travelled to Kargil. Parineeti also confessed that she was snow burnt due to the freezing weather as she faced a minus 4 degree temperature weather. The upcoming film Uunchai also stars Amitabh Bachchan, Anupam Kher, Boman Irani, Neena Gupta, Danny Denzongpa and Sarika. The film is directed by Sooraj Barjatya and is expected to be released in 2022.