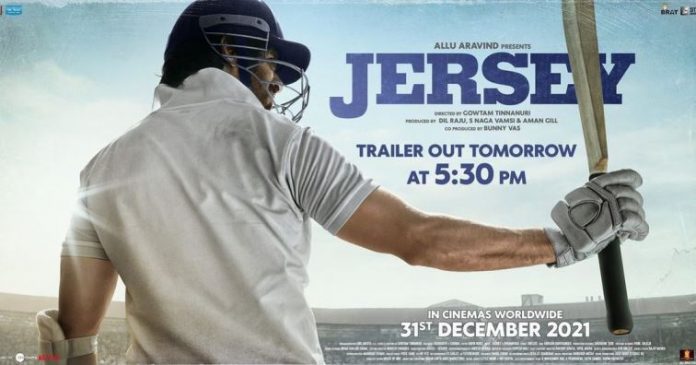 Indian actor Shahid Kapoor stole millions of hearts with the film Kabir Singh which also starred Kiara Advani. Since then it has been a while since Shahid appeared on the silver screens. But now the actor is back to the screens and has dropped the poster of his upcoming film Jersey. The film Jersey is a Hindi remake of the Telugu film with the same name.

Along with the poster release, the actor has also shared the release date of the film. Jersey will hit the theatres on December 31, 2021. The film was expected to be released earlier, but was delayed due to the coronavirus pandemic.

The poster has shown Shahid in complete cricket gear as he holds the bat. Shahid will be seen playing the role of a cricketer who stopped his cricketing career ten years back and is now ready to play for the Indian team.

Jersey also stars Mrunal Thakur, Ronit Kamra, Pankaj Kapur, Shishir Sharma and Sharad Kelkar. The rumours about the Hindi remake of the Telugu film had started soon after it released in 2019. It was then reported that Shahid Kapoor has been roped in for the Hindi remake. Shahid soon started to train for his role as a cricketer. For the female lead actress Mandanna was roped in but she opted out of the role after which Mrunal was signed.