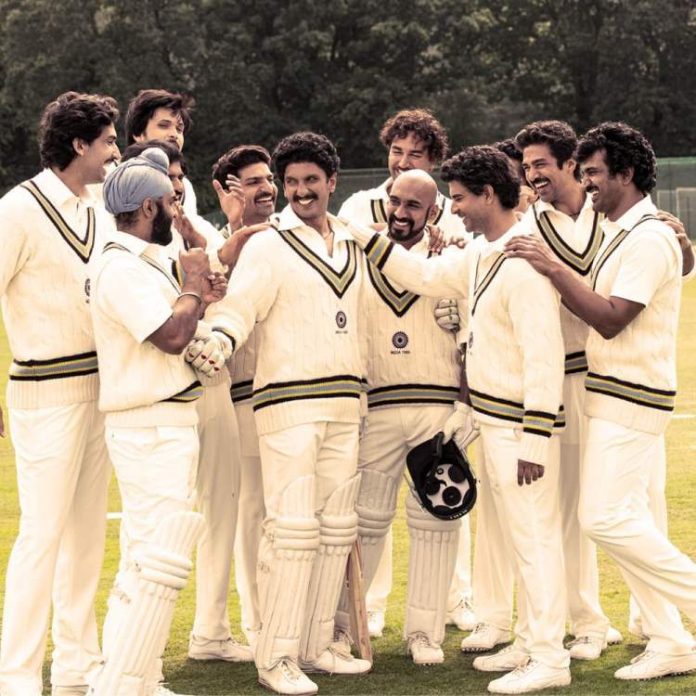 Ranveer Singh starrer Kapil Dev movie flick 83 is one of the most awaited films in Bollywood. While the film was delayed due to the coronavirus pandemic, the makers are now planning to fix a date for the trailer launch. Popular film critic Taran Adarsh has informed that the official trailer of the film is all set to be released on December 1 or 2, 2021 and will depend on the availability of Ranveer Singh.

The makers of the film are looking forward towards a 3 week promotional window to have a Chritstmas 2021 release. The film is a biopic of the iconic Indian cricketer Kapil Dev. 83 also stars Deepika Padukone who will be seen playing the role of Kapil Dev’s wife Romi Dev.

Reports say that after the release of 83, Ranveer Singh and filmmaker Kabir Khan will also be working on another project and if things go as planned, the film will be going on floors in summer 2022. Ranveer an Kabir developed a great bond during the making of the film and are happy with the final product.

Kabir had reportedly spent the lockdown while thinking about what to do next and has come up with an idea of a story of a boy from a small town. The story was then narrated to Ranveer, who loved the subject and is now eager to begin the project.