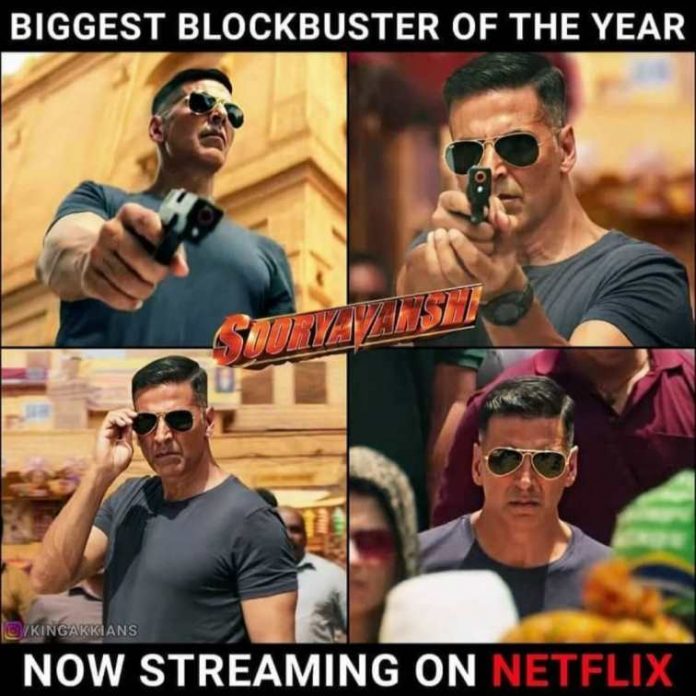 Akshay Kumar and Katrina Kaif starrer Sooryavanshi is now available on Netflix. The film has started streaming on the OTT giant after four weeks of its theatrical release. The cop flick has been released on Netflix despite its huge success at the box office. Till December 2, 2021, the film managed to collect more than 190 crores.

The film also stars Katrina Kaif, Ranveer Singh and Ajay Devgn playing the lead roles. Sooryavanshi released in theatres on November 5, 2021 and opened to mixed reviews from the critics and audience.

The film has marked the fourth in the cop franchise of Rohit Shetty. In 2018, the makers came up with the film Simmba with Ranveer Singh in the lead along with Sara Ali Khan. The climax of the film showed the glimpse of Sooryavanshi that showed Akshay Kumar playing the role of Veer Sooryavanshi.

Katrina Kaif was seen playing the role of a doctor. The film is produced by Dharma Productions and directed by Rohit Shetty. The latest cop flick was announced in 2018 with the release of Simmba. Rohit is known for bringing in characters from his earlier films and had brought Bajirao Singham and Sangram Bhalerao to spice things. The film was expected to have a theatrical release on April 30, 2021 but was postponed due to the COVID-19 pandemic.