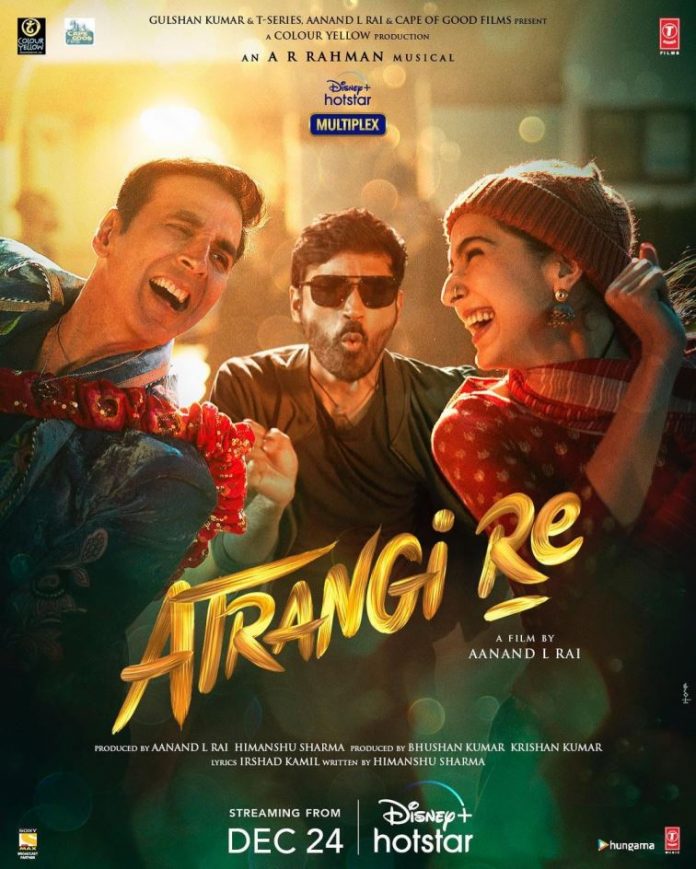 The much awaited official trailer of the upcoming film Atrangi Re has been released on November 24, 2021. The trailer has given a sneak-peak into the story and the characters of the film.

The 3 minute and 9 second trailer begins with a kidnap scene that has shown Dhanush who plays the role of Vishnu, a Tamil speaking lad to be forcefully married to a girl played by Sara, who plays Rinku Sooryavanshi. But things become favourable for both when they come to know that both of them did not want this marriage and that Rinku is in love with her boyfriend.

But while they still figure out how they are going to get rid of this relationship, Rinku slowly starts to fall in love with Vishnu. This is when Rinku’s boyfriend Akshay Kumar, who plays Sajjad Ali comes to the picture and reminds her of her love.

This when the confusion begins. Something has to be done about the earlier marriage and the triangle that has been formed. The film is directed by Aanand L Rai and written by Himanshu Sharma. The music for the film has been composed by A.R. Rahman while the lyrics have been penned down by Irshad Kamil. Atrangi Re is all set to be released in theatres on December 24, 2021.