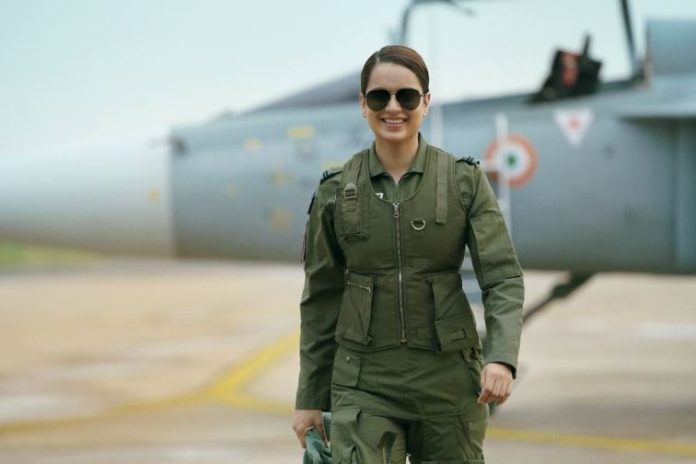 Kangana Ranaut starrer upcoming flick Tejas has finally got a release date. The actress in the upcoming film will be seen playing the role of an Air Force pilot and this will be the first time Kangana will be seen as a soldier. Tejas will be released in theatres on October 5, 2022.

Kangana has earlier played a number of roles, gained a lot of appreciation and has also won a number of National awards for her performances. An official announcement about the release date was made on the official social media handle of Ronnie Screwvala’s RSVP.

Kangana will be seen playing the role of an Air Force pilot Tejas Gill and the film has been creating waves ever since it was announced. The story of the film is expected to inspire and make the audience feel proud of the brave soldiers as they face a number of challenges as they carry out their duties while protecting the country.

Tejas is written and directed by Sarvesh Mewara and the film will mark the second film about the Indian Armed Forces after URI: The Surgical Strike. The film will be right in time for the festival of Dusshera in 2022 and is also expected to be another feather in Kangana Ranaut’s hat. Kangana was last seen in the film Thalaivi in which she was seen playing the role of the former chief Minister of Tamil Nadu Jaya Lalitha.