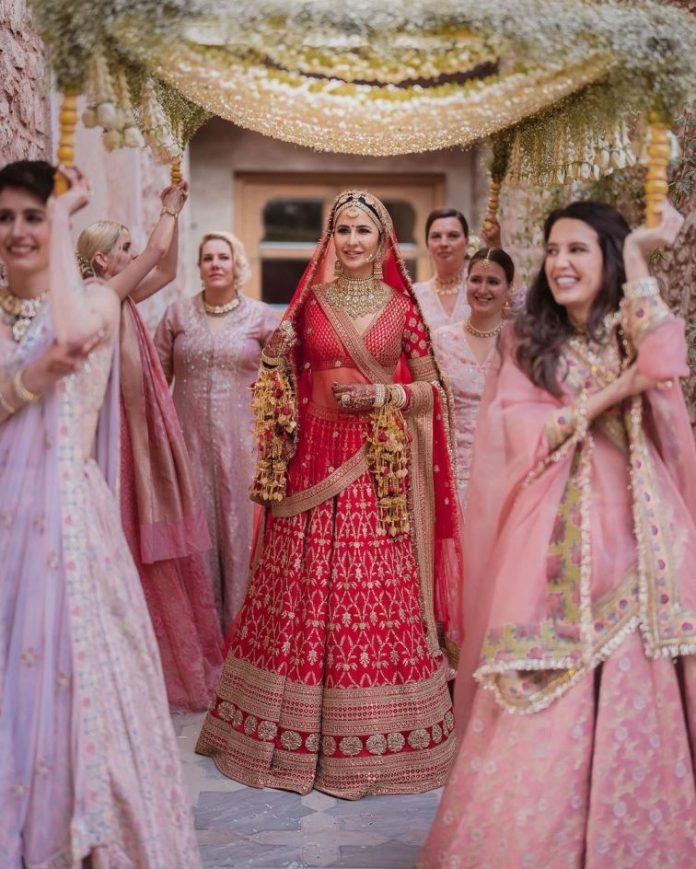 Katrina Kaif and Vicky Kaushal got married in a hush -hush wedding at the Six Senses Fort Barwara in Rajasthan on December 9, 2021. The couple was quick to release the official pictures of their wedding and now they are slowly sharing more moments from the wedding.

Going by the pictures, it did not seem like a private and intimate wedding and the couple was seen enjoying the festivities to the best. Vicky and Katrina took their respective Instagram accounts and shared pictures from their Haldi and Mehndi ceremonies.

Katrina also shared a special moment when she was seen walking as a bride and was seen walking with her sisters while calling them the pillars of her life. The pictures of the wedding were captured by Joseph Radhik and his team and Errikos Andreou. The couple was seen dressed in designs by Sabyasachi for Sangeet to Mehndi ceremonies.

Vicky and Katrina were seen dancing their hearts out at their wedding festivities. As soon as the pictures were out, congratulatory messages started pouring in from close friends, family, industry colleagues and fans. The couple dated for a few years but never confessed about their love in open. Their relationship was made official only with their official wedding pictures after a number of speculations and denials.