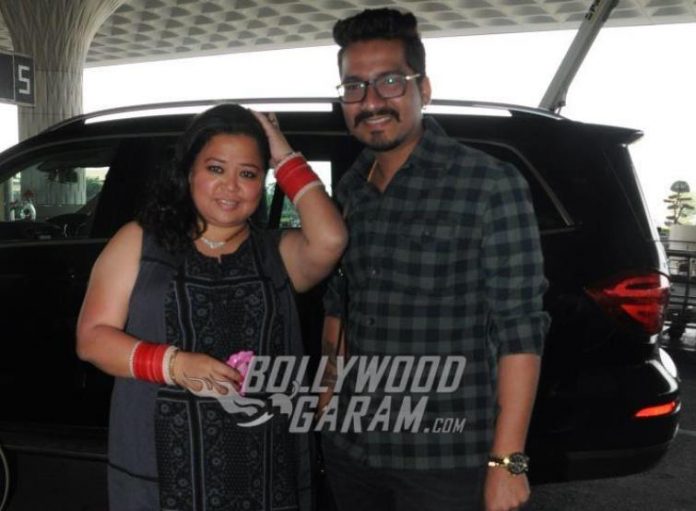 Comedian Bharti Singh and husband Haarsh Limbachiyaa are expecting their first child together. The actress took their social networking accounts to announce the news and shared that she is five months pregnant and the baby is due to be born in April, 2022. Bharti also said that her family did not want her to reveal about the news until she was four months pregnant.

The comedian also shared about her husband’s reaction and said that he was in tears as he loves kids. Bharti also said that Haarsh is excited about the new phase and she is also experiencing severe mood swings and morning sickness. The comedian added that her husband is being a huge support and pampers her by taking extra care.

The couple will be hosting the show Hunarbaaz – Desh Ki Shaan and Bharti expressed that she is happy that they will be working together during her pregnancy. The comedian also said that she would like to work till the ninth month of her pregnancy.

Bharti Singh added that she wishes their child realizes how hardworking his/her parents are. Meanwhile, Haarsh is reportedly working extra hours before the baby is born so that he can get to spend extra time with the baby. Bharti and Haarsh got married on December 3, 2017 after dating for a few years.