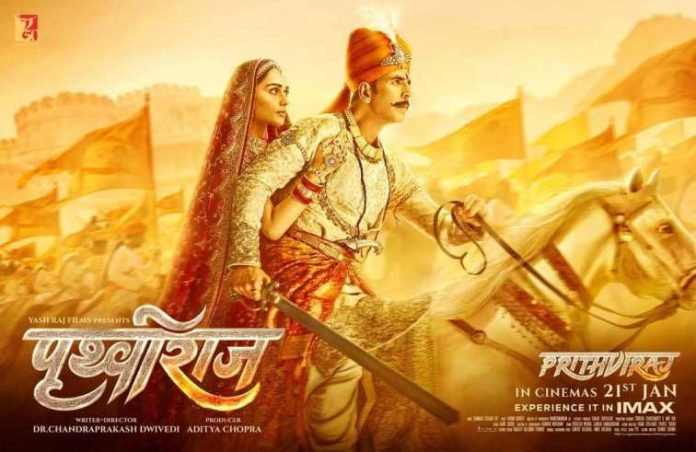 Akshay Kumar and Manushi Chhillar starrer film Prithviraj was expected to be released on January 21, 2021 but has now been postponed due to the omicron scare of COVID-19 pandemic. The uncertainty related to the virus continues and the cases across India are on rise. Strict regulations are being levied across the country and the national capital New Delhi has already shut down the movie theatres.

The makers of the film are yet to announce about the new release date. The film is directed by Dr. Chandraprakash Dwivedi and will mark the debut of the former Miss World Manushi Chhillar. The makers of the film are confident about the content and that it would be able to appeal to the audience. It is also expected that the film would draw a huge crowd to the theatres and releasing the filmf during a crisis would not make sense.

Sources have said that the production house Yash Raj Films was waiting till the last moment to see if the situation in India and overseas improves, but the number of cases in India and across the globe continue to surge.

The omicron variant of COVID is said to be highly contagious but it mild in nature. Majority of people infected with this variant face mild to moderate symptoms.