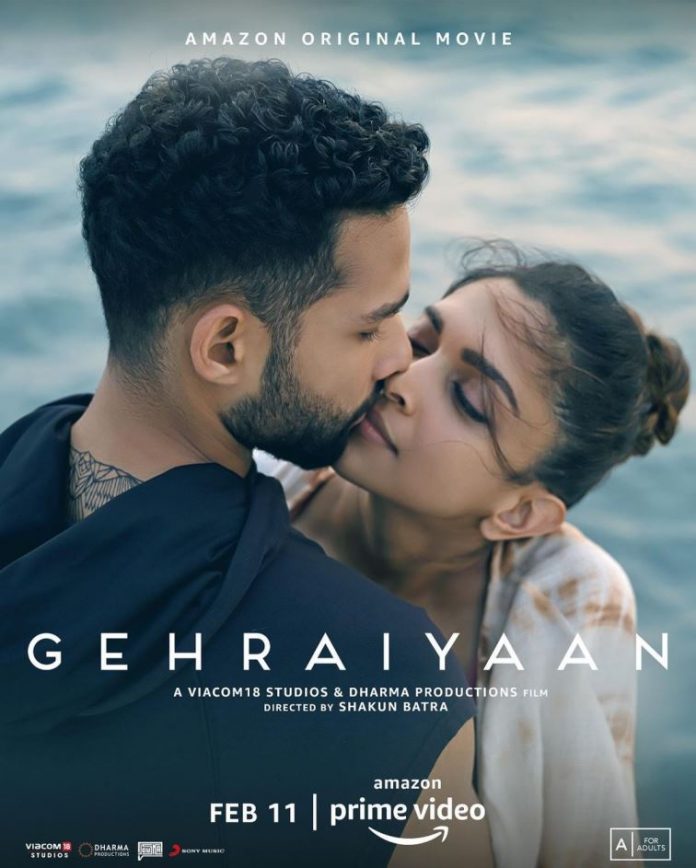 Deepika Padukone, Ananya Pandey and Siddhanth Chaturvedi starrer Gehraiyaan has now got a release date. The film is all set to be released on February 11, 2022 and the official announcement came from Karan Johar who launched a series of new posters featuring the actors.

The upcoming film is directed by Shakun Batra and is about the complex modern relationships. The announcement also came on Deepika Padukone’s birthday on January 5. One of the posters has shown Deepika and Siddhanth sharing an intrigued moment which has hinted that the film is going to be a relationship drama.

The posters of the film were first shared by Deepika who dedicated it to her fans. The makers have earlier released a teaser of the flick which was well received by the audience. An official trailer launch was also being planned at Alibaug, but it has been delayed due to a surge in the COVID-19 cases in the country.

Shakun Batra, while talking about the film said that it is a journey about the intricacies of human relationships and could be also called as the mirror in to the modern adult relationships. Gehraiyaan is jointly produced by Dharma Productions & Viacom 18 Studios in association with Shakun Batra’s Jouska Films. It will be interesting to see the reaction of the audience upon its release.