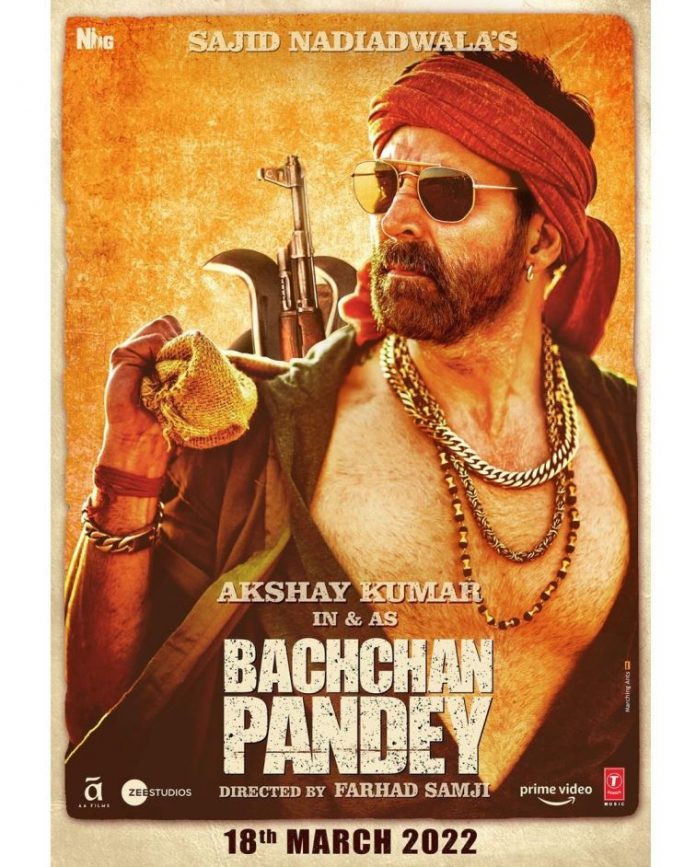 After a long wait, the makers of the upcoming film Bachchan Pandey finally have a release date. Lead actor Akshay Kumar announced through the social media and launched two new posters. Akshay revealed that the film is all set to be released on Holi on March 18, 2022.

The film also stars Jacqueline Fernandez and Kriti Sanon. As soon as Akshay Kumar’s announcement went viral, fans rejoiced and started to drop different emojis to express their excitement. Sajid Nadiadwala is producing the project and expressed that he has always made films for the theatres.

He added that all the films that he produces rate in the top 10 on the satellite but for him, the films are meant for the cinemas , which is where they will always release. On the work front Akshay Kumar has a number of projects to look forward to.

The actor is also expected to be seen in the upcoming film Ram Setu which also stars Jacqueline Fernandez. Akshay is also preparing for the release of Raksha Bandhan, Selfie, Prithviraj and Cinderella. He was last seen in the film Atrangi Re which also starred Dhanush and Sara Ali Khan. The actor had played the role of Sajjad Ali Khan opposite Sara. Akshay is also preparing for the film Oh My God! 2.