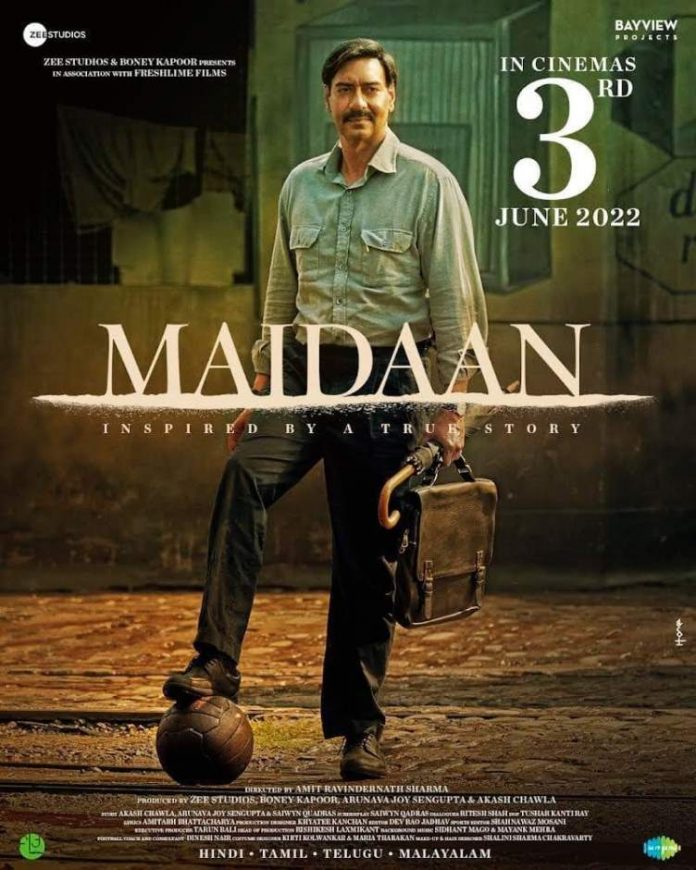 Filmmakers are these days finding ways to increase its audience by releasing them in various languages. Makers of the upcoming film Maidaan starring Ajay Devgn are all set to release it in Bengali language as well. The story of the film is based on the golden era of Indian football and Kolkata has been the hub of the sport in India.

The film is a story about football coach Syed Abdul Rahim , who is considered as the architect of modern Indian football. Talking about the film being released in Bengali language, football is a sport that is gaining prominence in India. Apart from Goa, Hyderabad and Kerala, even West Bengal population is also passionate about the sport especially among the youth.

If the project turns out to be successful, then it will mark the first multilingual project of Ajay Devgn. The upcoming film is directed by Amit Ravindernath, who is currently looking forward to complete a patchwork.

The film is scheduled to be released in theatres on June 3, 2022. Lead actor Ajay Devgn has completed shooting for his portions that includes a few football matches and the climax that has the final match between India and South Korea in 1962 from Asian Games held in Jakarta. The makers had started shooting for the film in August 2019.