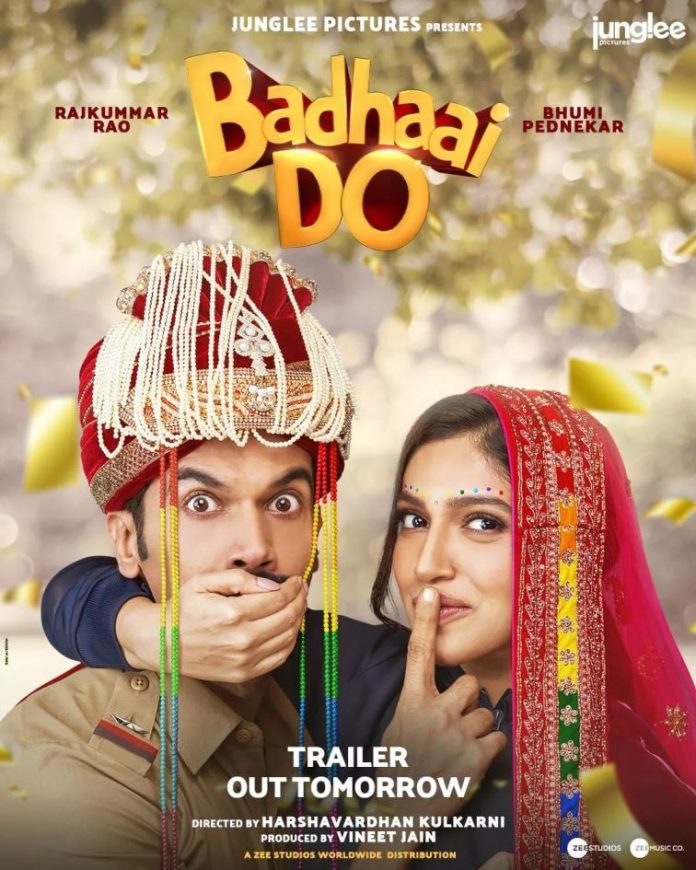 Makers of the upcoming film Badhai Do have released the official trailer on January 25, 2022. With Rajkummar Rao and Bhumi Pednekar in the lead, the trailer has shown promising signs of being an entertainer.

The characters in the film played by Rajkummar and Bhumi are in their 30s and happen to be the members of the LGBT community. Rajkummar’s character proposes Bhumi to get married as an arrangement to be married in the eyes of their families, with a condition that they would lead their own lives.

But this is when complications arise and things are not as smooth as they had thought it would be. The film also features Sheeba Chaddha, Seema Pahwa, Lovleen Mishra, Nitesh Pandey and Shashi Bhushan.

Badhai Do is expected to hit the theatres on February 11, 2022 and is also expected to clash with Gehraiyaan by Shakun Batra that will be releasing on Amazon Prime Video. The film is helmed by Harshvardhan Kulkarni and written by Akshat Ghildail, Suman Adhikary and Harshvardhan Kulkarni. It would be interesting for the audience to see Rajkummar and Bhumi share the screen space. On the work front Rajkummar was last seen in the film Hum Do Hamare Do that was released on Disney+Hotstar. Bhumi was last seen in the film Durgamati.