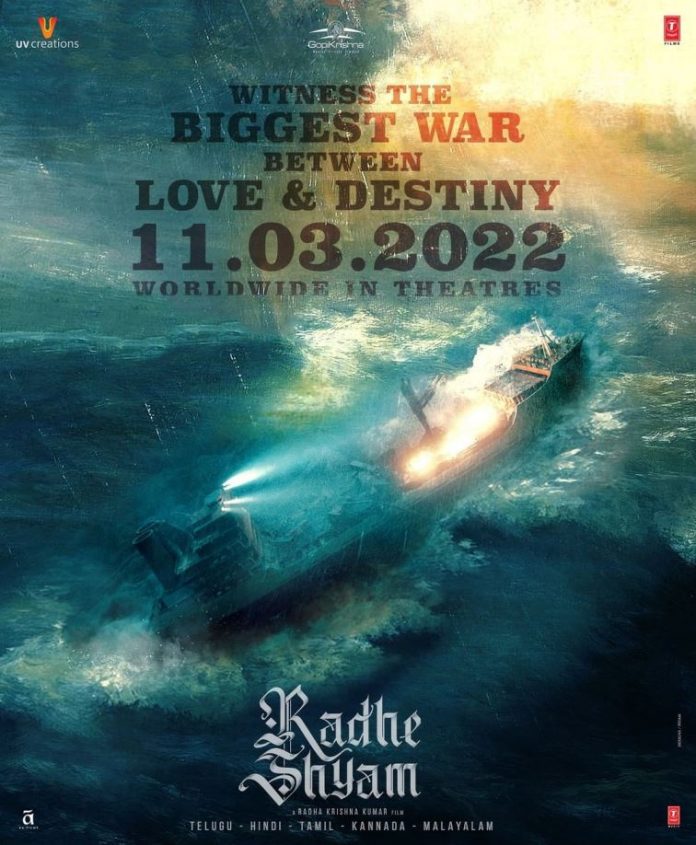 The makers of the film also released a new poster with a caption, “Witness the biggest War between love & destiny.” The audience has been waiting for the film since the time it was announced. The curiosity around the film started ever since the audience learned that it was Prabhas and Pooja Hegde in the lead.

The pandemic played an important role towards the delay in the release. It was just around a month back when director Radha Krishna Kumar had posted a cryptic note about the film while hinting that the film could have a tough time with release. The post left a number of fans disappointed.

The upcoming film is expected to be based on science fiction and set in the 70s era in Europe. The film also stars Bhagyashree, Sachin Khedekar, Krishnum Raju and Priyadarshini playing important roles. Radhe Shyam is produced by UV Creations, T-Series and Gopi Krishna Movies. Prabhas was last seen in the film Saaho which was a multi-lingual film directed by Sujeeth.