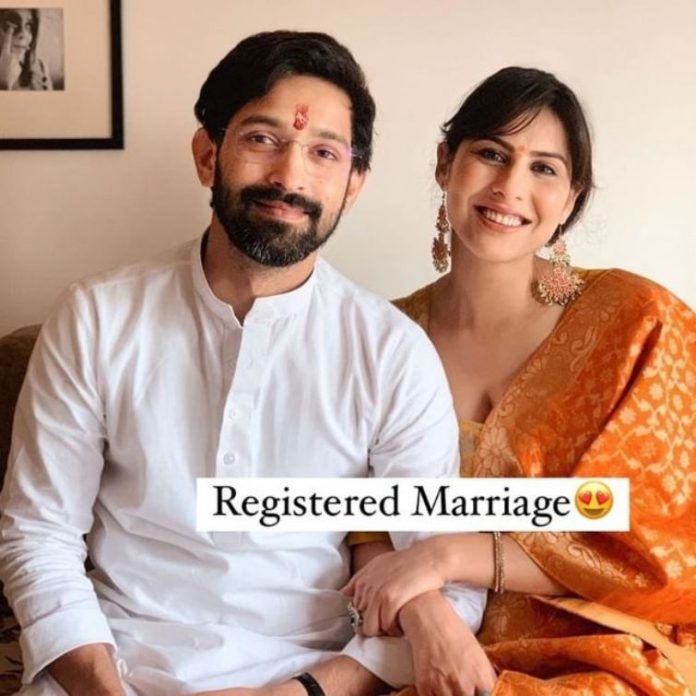 Indian actor Vikrant Massey got married to his fiancée Sheetal Thakur in a private wedding ceremony held at their residence in Mumbai on February 14, 2022. Vikrant and Sheetal opted for a simple registered marriage ceremony that was attended by just the family and a few friends.

The couple had got engaged in 2019 and the date of the wedding was decided just a few days back by the families. Vikrant and Sheetal have been in a steady relationship since 2015 but had managed to keep their relationship under wraps.

The actor in a recent interview had revealed that he would soon be moving in to a new home with Sheetal. Vikrant had then also expressed that they finally have enough space to move around and revealed that his new house is sea facing. The actor also revealed that since the past six years they were living in boxes and suitcases.

On the work front, Vikrant was last seen in the film 14 Phere which also starred Kriti Kharbanda. He was also seen in the film Haseen Dilruba which also featured Taapsee Pannu. The actor made his debut with the film Lootera in 2013 in which he played the role of Devdas Mukherjee. Apart from film, Vikrant is also a popular face on OTT platform with the films like Ginny Weds Sunny, Cargo and Dolly Kitty Aur Woh Chamakte Sitare.