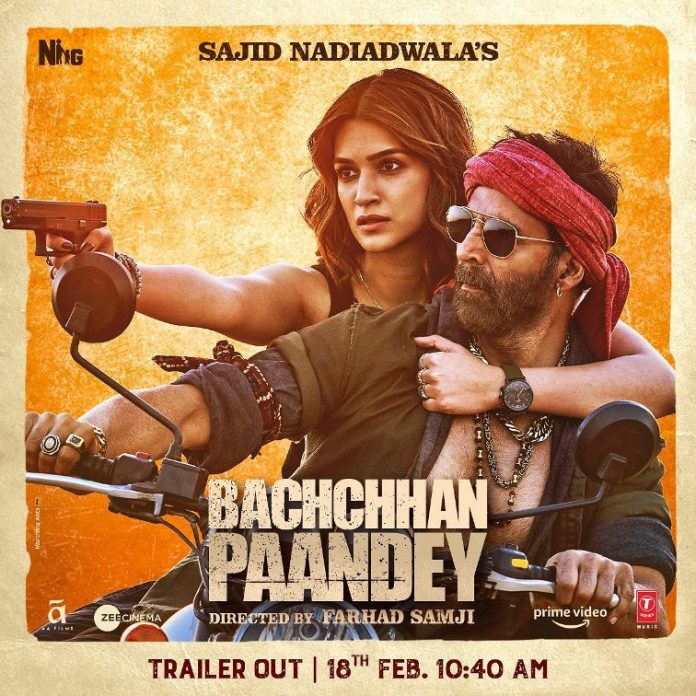 Akshay Kumar and Kriti Sanon starrer Bachchhan Paandey is one of the most awaited films of 2022. The makers of the film are all set to launch the official trailer of the film on February 18, 2022. Lead actress Kriti shared a new poster of the film that shows her holding a gun while Akshay can be seen as a gangster.

Kriti also shared that the trailer would be launched at 10:40 am. The actress along with the poster also teased about the story of the film. Akshay also shared the new poster. Ever since the film was announced, it has been the talk of the town but faced a number of delays due to the coronavirus pandemic.

Bachchhan Paandey is all set to be released in theatres in March, 2022. Akshay had earlier shared two posters of himself and had revealed that the spelling of the title has been changed. Kriti in an earlier interview with a leading daily had revealed that she was excited about the film as it has a unique script and would be very entertaining.

The actress also revealed that the film has got everything from action, comedy, romance and drama. The film also stars Jacqueline Fernandez, Arshad Warsi, Prateik Babbar, Pankaj Tripathi and others and is directed by Farhad Samji. Bachchhan Paandey is all set to be released in theatres on March 18, 2022.