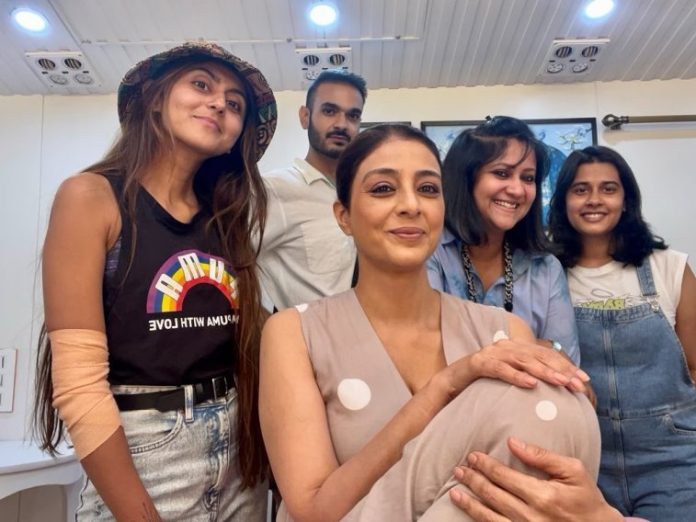 Indian actress Tabu is once again ready to share the screen space with Ajay Devgn in the upcoming film Bholaa. The actress recently announced that she has started shooting for the film and added that it marked as a ‘new beginning’ for her.

Tabu also shared a few pictures from the sets that included a clapperboard and her make-up room. Upcoming film Bhola is the remake of the Tamil film Kaithi. It was in 2020 when Ajay had announced that he is working on the Hindi remake of the film Kaithi. He had added that he would be producing the film and will also play the lead role.

The film will be directed by Devgn’s cousin Dharmendra Sharma. The story of the film is about an ex-convict, who is in search of his daughter after he leaves the prison. But his search is interrupted due to a drug raid.