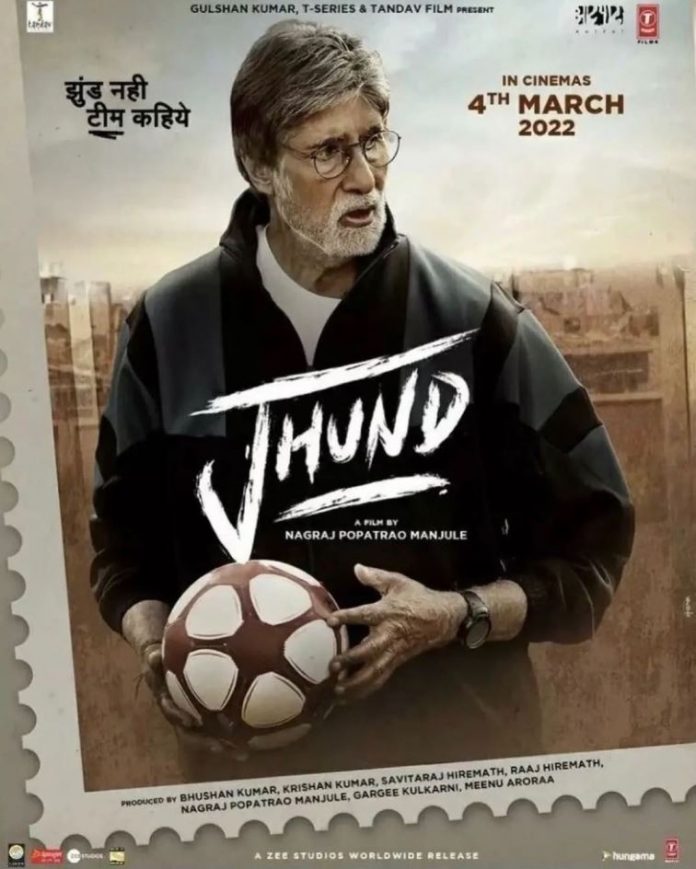 The much awaited official trailer of the film Jhund has been released. Amitabh Bachchan in the film will be seen playing the role of a football coach, who is determined to make a team of children from the slums. But not many people around him agree to his ideas that the children in the slums who sell hash could be able make a football team.

This is when Amitabh who plays Vijay Barse opines that these children from the slums have the potential to be the members of the Indian National football team. The film has the popular actors Akash Thorat and Rinku Rajguru from the blockbuster Marathi film Sairat.

The story of Jhund is inspired from the life of Vijay Barse, the founder of the NGO known as Slum Soccers. Amitabh in the film plays the role of a professor who takes up the responsibility to make the lives of the street children better by giving them the right purpose.

The film is helmed and written by Nagraj Manjule and all set to be released in theatres on March 4, 2022. Jhund was expected to be released in September 2019, but was delayed due to the coronavirus pandemic and a number of other reasons. The music for the film has been composed by the popular composer duo Ajay-Atul.