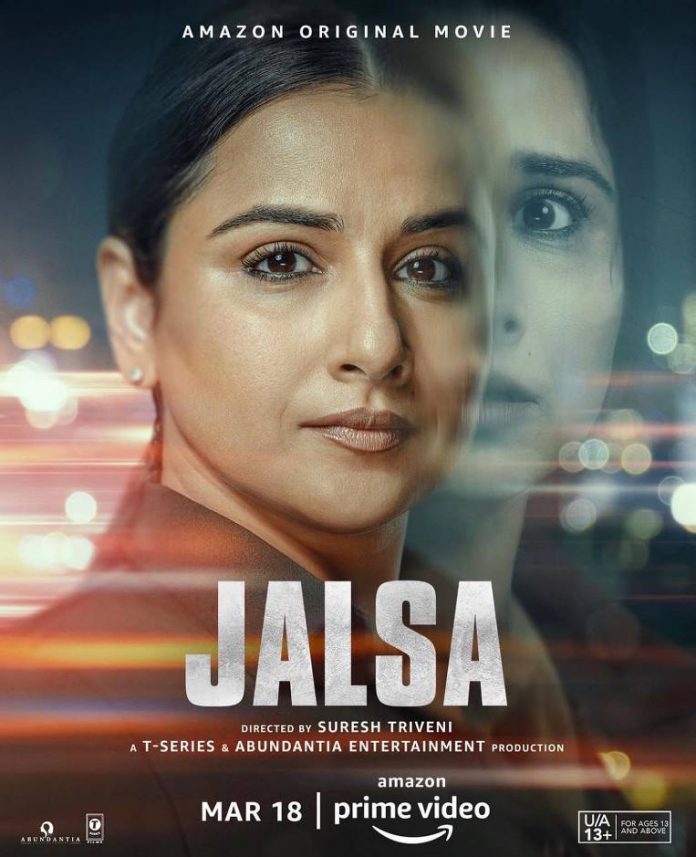 Indian actress Vidya Balan has always been the most promising actors in mainstream cinema. The actress is now ready for another collaboration with Shefali Shah for the upcoming thriller Jalsa directed by Suresh Triveni. The film has been announced by Amazon Prime Video for a global premiere of the film that is jointly produced by Bhushan Kumar and Krishan Kumar from T-Series.

Apart from Vidya Balan and Shefali Shah, the film also stars Manav Kaul, Iqbal Khan, Shafeen Patel and Surya Kasibhatla. The Twitter handle of Amazon Prime made the announcement by revealing the first looks of Shefali and Vidya.

Director Suresh Triveni has earlier worked with Vidya Balan on the film Tumhari Sulu. Now the director and actor duo are ready for their second collaboration. Jalsa is all set to be released on Amazon prime Video on March 18, 2022 in India and across 240 countries across the globe. Vidya was last seen in the film Sherni in which she had played the role of a forest officer. The actress is also preparing for another project which is yet to have a title and will be playing the character of Kavya.

Vidya made her debut in Bollywood with the film Parineeta which also starred Saif Ali Khan. However, her career took off with the film Lage Raho Munna Bhai in which she played the role of an RJ.