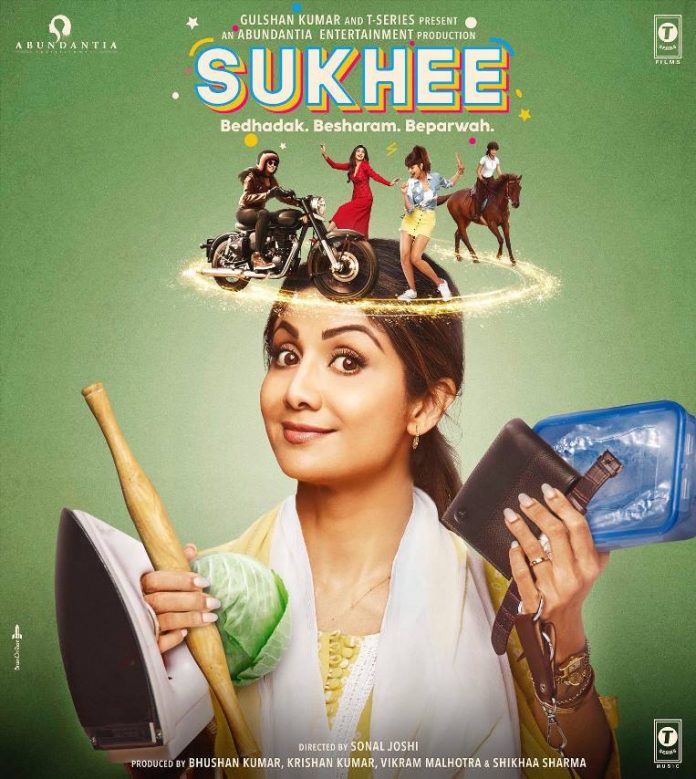 Indian actress Shilpa Shetty announced her upcoming feature film Sukhee. The film will be directed by Sonal Joshi and will be jointly produced by T-Series and Abundantia Entertainment. Shilpa took her Instagram account and shared the official poster of the film and wrote, “Thrilled to announce my next, In and As #Sukhee with @abundantiaent & @tseriesfilms. Directed by @random_amusements”.

The 46 year old actress has been away from films for a while but was active being a mentor on TV shows and reality shows. Shilpa was last seen in the film Hungama 2 in 2021 which had marked her return to films after she had appeared in the film Apne in 2007.

The actress is also preparing for her role in the upcoming action comedy flick Nikamma which also stars Abhimanyu Dassani and Shirley Setia. More details about the upcoming film Sukhee are not yet been revealed.

The past year has been disturbing for the actress as her husband Raj Kundra was arrested for being involved in promoting adult films. However, that did not stop the actress from working and she continued to support her kids and her family. Shilpa is also a mother to a daughter Samisha who was born through surrogacy on February 15, 2020. Most recently the actress was seen as a judge on the show India’s Got Talent.