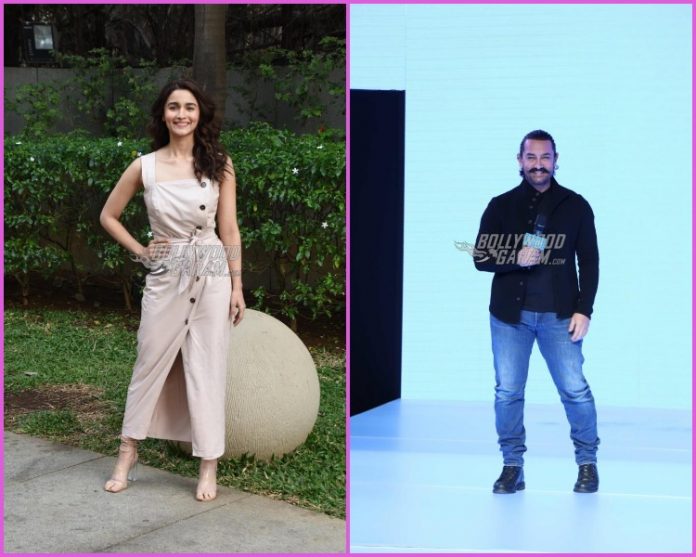 Bollywood stars Aamir Khan and Alia Bhatt are doing well in their respective careers. Aamir Khan has been longer in the industry and Alia Bhatt is also counting on her successes with the recently released flicks RRR and Gangubai Kathiawadi. The Student Of The Year actress is now having a few more exciting projects lined up for her, while Aamir Khan is waiting for the release of the upcoming film Laal Singh Chaddha. Now Aamir and Alia are all set to come together for a project.

As per reports, the two are now all set to share the screen space for a commercial. This will be the first time the two will be sharing the screen space and has already been shot in Mumbai on March 29, 2022. More reports about the project have revealed that it is a quirky concept in which Alia and Aamir are looking great together. Alia was reportedly very excited about working with the megastar.

Coincidentally, Aamir had recently joined Alia and her RRR co-stars, Ram Charan and Jr. NTR along with the director S.S. Rajamouli at an event in Delhi. The team was promoting the film RRR which is running successfully in theatres across the country.

With Aamir and Alia looking great together, there could be possibilities that the two would also work together in a film.